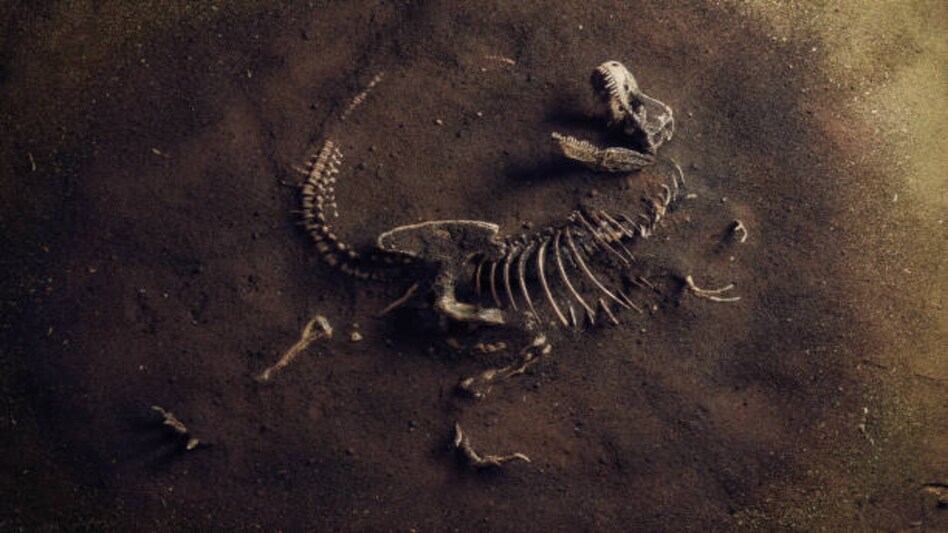 SHILLONG: As many as 100 million years old Sauropod dinosaur fossil bone fragments have been discovered in Meghalaya's  West Khasi Hills district by researchers.

Researchers from the Geological Survey of India's Palaeontology division made the yet-to-be-published discoveries during a recent field trip in the Northeast.

This is the first record of sauropods of possible Titanosaurian origin discovered in the area, according to the GSI researchers.

According to reports, the discovery makes Meghalaya as the only state in the northeast as well as the fifth state in India after Gujarat, Madhya Pradesh, Maharashtra, and Tamil Nadu to record Sauropod bones with titanosaurian affinity.

Senior Geologist, Palaeontology Division, GSI, Arindam Roy said that they have reported dinosaur bones from Meghalaya in 2001, but they were too fragmentary and ill-preserved to understand their taxonomic description.

The team's most recent visit was in February this year.

However, the findings are based on preliminary research, and that further work is being done.

The researchers discovered more than twenty-five disarticulated, often fragmentary bone specimens of various sizes and shapes, some of which were discovered in close proximity to one another.

Due to the poorly preserved, incomplete, fragmentary nature of the bones, and the fact that most of the recovered bones are partially petrified and partially replaced, taxonomic identification up to the genus level is difficult, according to the researchers.

As a result, only three of the best-preserved could be investigated.

They also said that another missing limb bone measuring 45cm in length is comparable to titanosauriform clade limb bones.

According to the researchers, the late cretaceous sauropod dinosaur belongs to the titanosaurian clade and has been found in the Lameta Formation of Gujarat, Madhya Pradesh, and Maharashtra, as well as the Kallamedu Formation of Tamil Nadu.

Shillong: All Souls' Day observed at Catholic cemetery in Laitumkhrah