The North East Students' Organisation (NESO) which represents eight major students movement in the seven North Eastern states have condemned the firing incident of 22nd November 2022 along the Meghalaya Assam border in West Jaintia Hills District of Meghalaya and West Karbi Anglong District of Assam that claimed 6 lives including one forest guard. 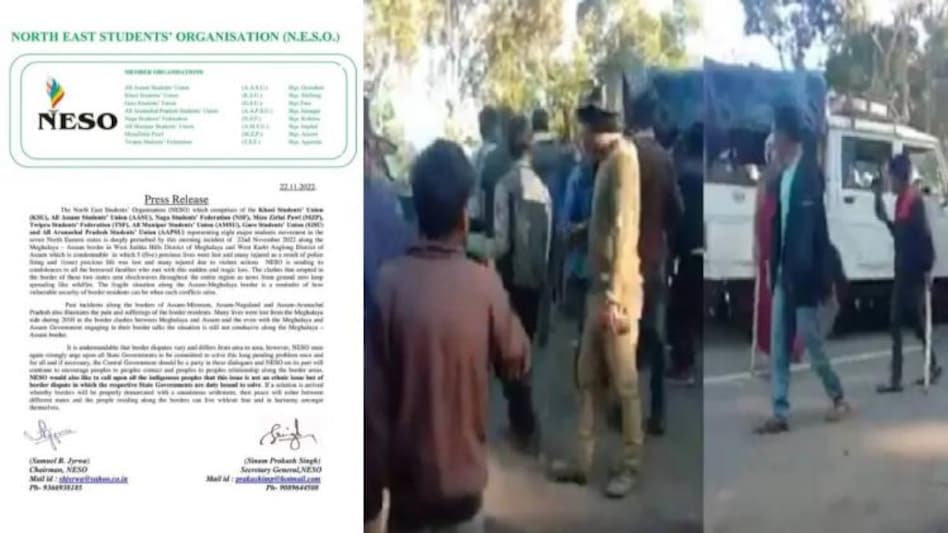 In a press release by NESO, the students' organisation has sent its condolences to the bereaved families of the dead. "NESO is sending its condolences to all the bereaved families who met with this sudden and tragic loss. The clashes that erupted on the border of these two states sent shockwaves throughout the entire region as news from ground zero keep spreading like wildfire", said the organisation in their press release.

"The fragile situation along the Assam-Meghalaya border is a reminder of how vulnerable the security of border residents can be when such conflicts arise", added the release further.

"It is understandable that border disputes vary and differ from area to area, however, NESO once again strongly urge all State Governments to be committed to solving this long pending problem once and for all and if necessary, the Central Government should be a party in these dialogues and NESO on its part will continue to encourage peoples to peoples contact and peoples to peoples relationship along the border areas" continued NESO in their press release.

"NESO would also like to call upon all the indigenous peoples to that this issue is not an ethnic issue but a border dispute in the respective state that is duty-bound to solve. If a solution arrives whereby borders will be properly demarcated with a unanimous settlement, then peace will usher between different states and the people residing along the borders can live without fear and in harmony amongst themselves," concluded NESO.