The protest was held to condemn the failure of both state governments and Central Government for what had happened on November 22 at Mukroh village in which 6 people lost their lives. 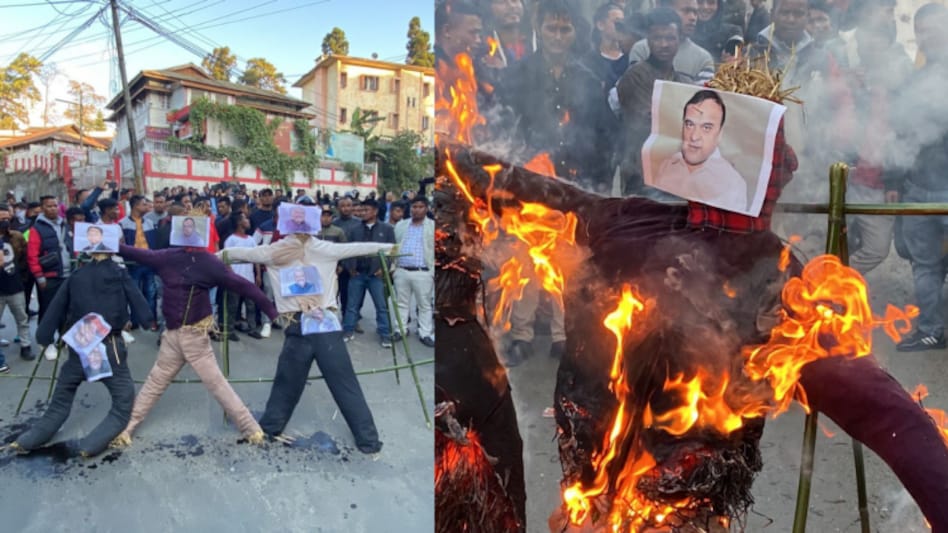 The protest is to condemn the failure of the State Government and the Assam and Central Government for what had happened on November 22 at Mukroh village in which 6 people lost their lives.

HANM leader Lamphrang Kharbani while speaking during the protest has condemned the inhumane attacks of the Assam Police in which 5 precious lives were lost at Mukroh in West Jaintia Hills on November 22. Kharbani urged the State Government to put up a demand on the Central government for the creation of separate cadres for the State of Meghalaya like other NorthEastern states like Mizoram, Nagaland and Manipur.

Robertjune Kharjarin the HYC leader demanded the State Government that more police personnel should be deployed to the border area for the safety and security of the people of the State as he reminded that this incident is not the first time that happened in the Meghalaya-Assam Border but in 2010 a similar incident had happened at Langpih where 4 lives have been lost and many has been injured.

The HYC leader said that the State government should speed up phase two of border talks as incidents like Langpih and Mukroh can be prevented.

HYC general secretary Roy Synrem informed that the main objective of this program is to express their condemnation towards the government and also the central government. Recalling the statement made by Amit Shah during the plenary session of the North East Council, Synrem said

“Shah said that before we celebrate the 75th year of Independence the BJP government will make an effort to resolve all border disputes in NE. But we find these are just mere statements and no action has been taken.”