Additional charges were brought against the BJP MDC of Tura, Bernard Marak, with police on Thursday recovering more arms and explosives after they broke open a locked room at Marak’s farmhouse, Rimpu Bagan. 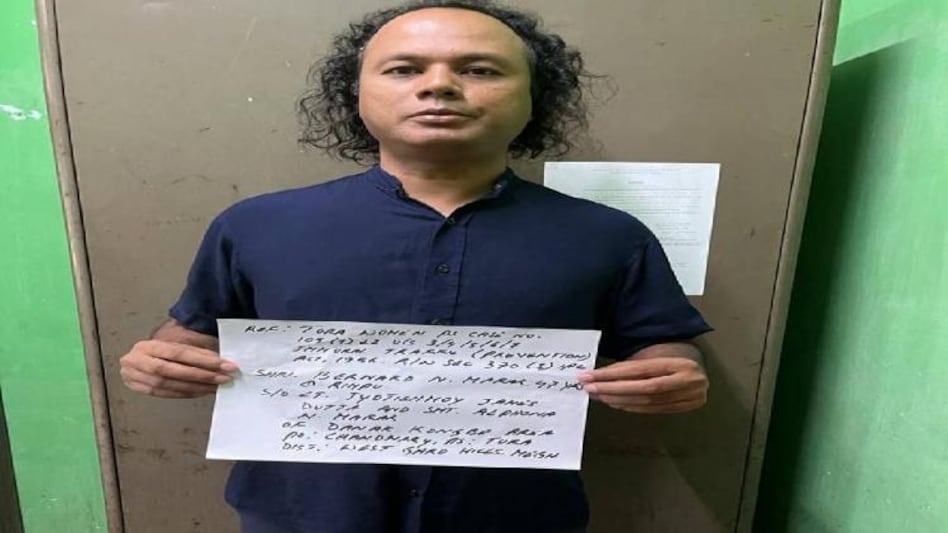 Meghalaya’s Bharatiya Janata Party Vice President Bernard Marak was produced before the Court of the Judicial Magistrate First Class, Tura earlier today. The court ordered Marak to be kept in police custody for 6 more days, as prayed by the investigation officer looking into his cases.

Additional charges were brought against the BJP MDC of Tura, with police on Thursday recovering more arms and explosives after they broke open a locked room at Marak’s farmhouse, Rimpu Bagan, following which he was taken in police custody for 8 days.

Charged with carrying out a prostitution racket in his farmhouse, after a police raid at Marak’s farmhouse last month based on a sexual assault case, the police made 69 arrests along with the recovery of illegal alcohol, contraceptives and bundles of unused condoms.

Apart from the 69 arrested, six minors who were kept locked inside the farmhouse were also rescued safely.

The BJP MDC was absconding since then and was later arrested in Uttar Pradesh, following a lookout notice issued by the Meghalaya police.

A team of police personnel from Meghalaya then reaches Uttar Pradesh and bring the accused BJP leader to Tura for further investigation.

In accordance with the Immoral Trafficking (Prevention) Act of 1956, a complaint was filed against Bernard and the police took the custody of the arrested people who were detained from the farmhouse and later sent to the court for hearing.