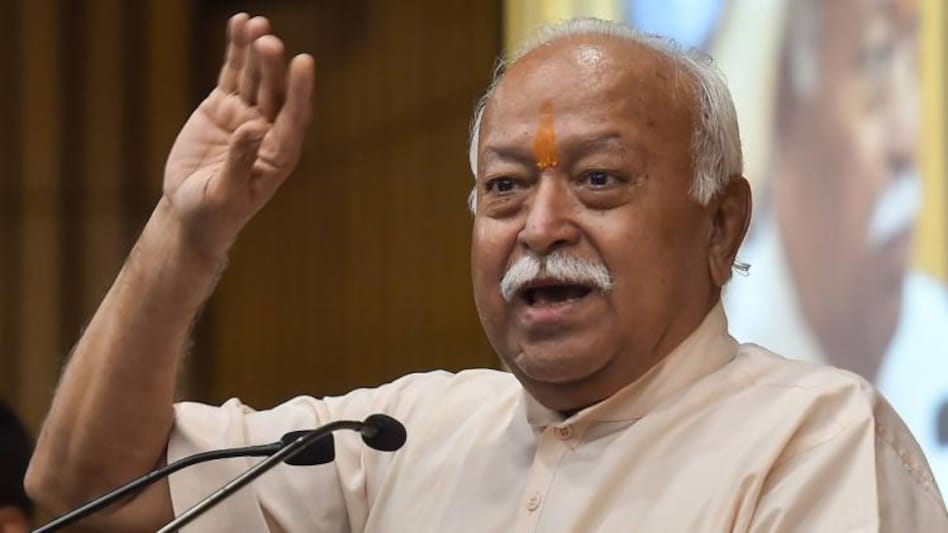 This was informed by the Meghalaya unit of the RSS in a statement on September 23.

“It is part of his routine visit as to other different states of Bharat. However, it is noteworthy, he is coming after a long gap to Meghalaya,” the RSS stated in the statement.

During his two-day visit to Meghalaya, the RSS chief “will interact with the state’s RSS functionaries and well-wishers”.

Earlier on September 22, Rashtriya Swayamsevak Sangh (RSS) president Mohan Bhagwat visited a mosque and a madrassa in Delhi and held discussions with the chief of the All India Imam Organisation.

The All India Imam Organization called Bhagwat a "Rashtra pita," during his visits.

According to an RSS officer who was with him, this was Bhagwat's first visit to a madrassa.

During his visit to the madrassa, Bhagwat interacted with children and heard them reciting the Quran and as per a Sangh functionary accompanying him, children raised the slogans of 'Vande Mataram' and 'Jai Hind'.

He also claimed that in addition to discussing the necessity for youngsters to learn more about their country, the RSS chief emphasized the importance of respecting all religions, regardless of how they are practiced.