273 Bangladesh nationals, including 125 women and children from the Kuki-Chin-Mizo ethnic tribe of the Chittagong Hill Tracts (CHT) of Bangladesh have entered the Lawngtlai district of Mizoram 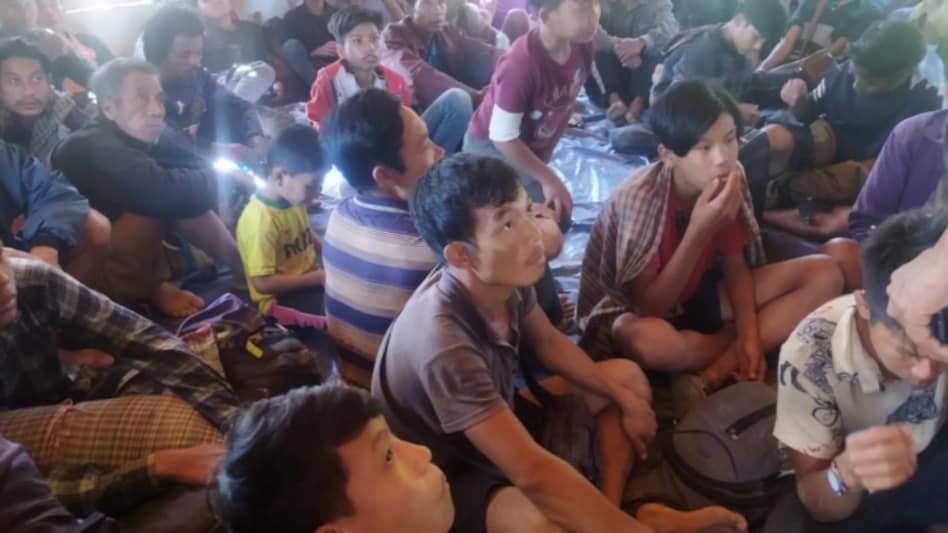 Fleeing a conflict between the joint forces of the Arakan Army (AA) and Bangladesh Army against the Chin-Kuki National Army (KNA) ah Chiahkhiang village, 273 Bangladesh nationals, including 125 women and children from the Kuki-Chin-Mizo ethnic tribe of the Chittagong Hill Tracts (CHT) of Bangladesh have entered Lawngtlai district of Mizoram, seeking refuge.

These Bangladesh nationals have taken refuge at Simeinasora and Parva villages of Lawmgtlai district, and sources have stated that locals and NGOs at the respective places have provided them with food and other amenities.

The Zo-Reunification Organisation (ZORO), has mentioned that 9 civilians from Chiahkhiang village have been kidnapped by the Arakan Army, their statement further mentioned that these kidnapped individuals are believed to be handed over to the Bangladesh Army.

Furthermore, Zo-Reunification Organisation (ZORO) has also asked the state government, as well as NGOs to intervene and give shelter to the Bangladesh nationals once they enter Mizoram.

He further mentioned that around 2000 Bangladesh nationals are in preparation to enter Mizoram, but are stuck at the border.

Lalmuanpuia made a clarion call to the Indian Government that as the largest democracy in the world, it should give refuge and shelter to these Bangladesh Nationals who are in desperate need of refuge for their safety.
It is worth noting that ZORO is an organization working for the re-unification of Chin, Kuki and Mizo tribes of India, Myanmar and Bangladesh.

The Mizo Students Union (MSU) has also issued a statement condemning the Border Security Force (BSF)-who are manning the Indo-Bangladesh Border- for barring Bangladesh nationals; especially children and senior citizens, from entering Mizoram for their safety.

They request that no paramilitary forces should stop these Bangladesh nationals from entering Mizoram and have requested the State Government to oversee their safety.

Samuel Zoramthanpuia, President of MSU stated “ The various Mizo, Kuki and Chin leaving in India, Bangladesh and Myanmar are just separated by political boundaries, but we all belong to the same ethnicity, and as such, we are willing to receive our brothers and sisters from Bangladesh, who are seeking refuge in Mizoram.”

He added that the Mizo Students Union is unhappy with the Border Security Forces’ treatment of these Bangladesh nationals, and further stated that as a request sent to the Ministry of Home Affairs, the Assam Rifles be put up for manning all international borders.