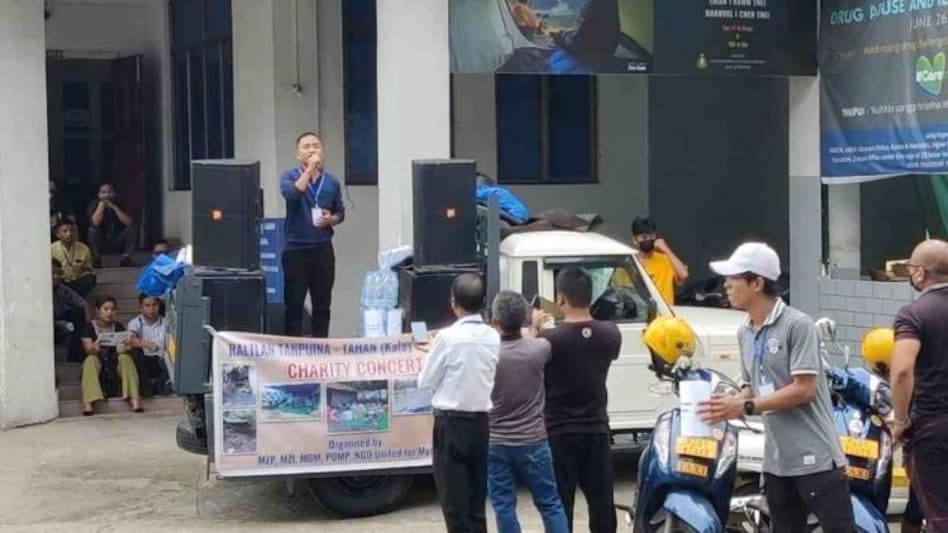 As Myanmar's military violence continues to spiral following the coup in 2021, a Mobile charity concert was held on Saturday in Aizawl to raise the funds for Military Coup torn Myanmarese people, especially for Tahan (Kalay Region).

More than 92,000 Rupees were raised in the mobile charity concert.

The Concert was jointly held by Mizo Zirlai Pawl (MZP), Mizo Zaimi Insuihkhawm (MZI), and Music Domain Mizoram (MDM), the People United in Music with a Purpose (PUMP), and NGO United for Democratic Myanmar. Top Singers from Mizoram are performing in different venues in the city.

A charity concert will be held again on August 6 & 15 in Aizawl.

In February 2021, the military seized power and subsequently clamped down on protesters. The opposition established a shadow government and fighting force, resulting in a civil war and humanitarian disaster that might spread over Myanmar's borders.