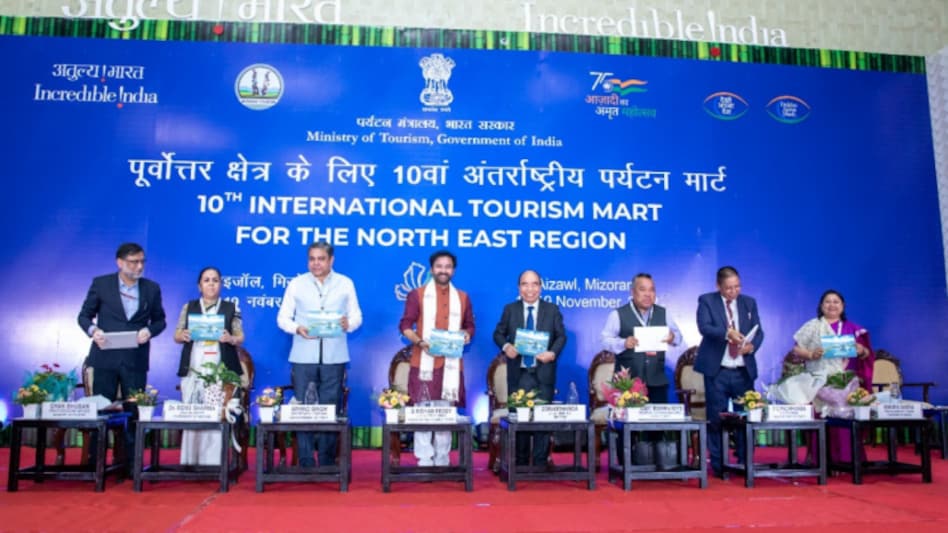 Addressing the event, G Kishan Reddy said that Mizoram is a beautiful state with huge potential in adventure and eco-tourism and that ITM plans to facilitate interaction between government agencies and stakeholders. He pointed out that the assumption of the G20 presidency by India will be a big boost in opening the scope of investment in hospitality as well as adventure, cruise and wellness tourism. The Minister is hopeful that G20 meetings which will be held across the country including the Northeast will provide a platform to showcase the culture, history and tourism potential of the Northeast region to the world. He thanked the state government for the establishment of YUVA Tourism Clubs in schools and colleges.

The Minister mentioned the various development works in the northeast and indicate the commitment of the Central government to bring holistic development to the Northeast region. He applauded the presence of a stable government and leadership in the Northeast that paves the way for development through collective effort and enhance competitive spirit.

Zoramthanga, Chief Minister of Mizoram also emphasized the tourism potential of the state and thanked the Central Government for approving various development-oriented projects for the state.

Robert Romawia Royte, Tourism Minister expressed his delight in hosting ITM for the first time in Mizoram. While acknowledging the challenges ahead, the minister is hopeful that ITM will enhance people-to-people contact and break certain cultural barriers.

Dr Renu Sharma, Chief Secretary of Mizoram delivered a welcome speech in this inaugural function. The program was also graced by a speech from Shri Arvind Singh, Secretary Ministry of Tourism and concluded with a vote of thanks delivered by Manisha Saxena, Principal Secretary of the Tourism Department.