Mizoram hit by shortage of testing reagents, medicines due to 'economic blockade'

Mizoram is facing acute shortage of testing reagents and medicines due to the so-called 'economic-blockade' by Assam on National Highway 306, stated Revenue Minister Lalruatkima on Saturday. 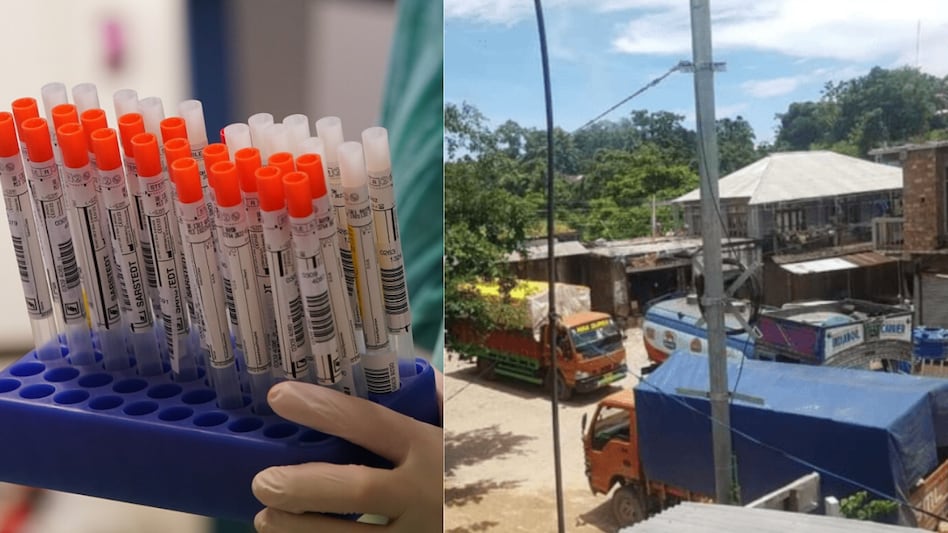 AIZAWL: Mizoram is facing acute shortage of testing reagents and medicines due to the so-called 'economic-blockade' by Assam on National Highway 306, stated Revenue Minister Lalruatkima on Saturday.

Taking to Twitter, the Minister wrote, "ZMC RT-PCR lab is now facing acute shortage of essential testing reagents, and therefore, sample testing in Mizoram is getting capped based on the available stock".

"It is unfortunate that supply of testing kits, reagents and other life saving drugs are still stranded at the Assam-Mizoram border, due to continued blockade of NH306", he added.

National highway 306 in Assam is crucial as it connects Mizoram to the rest of the country through Silchar.

On Friday, the Mizoram government had also urged the authorities of the neighbouring state to provide security escort to stranded vehicles plying for Mizoram

In a letter to the leaders of Silchar Truck Drivers Association, Kolasib Deputy Commissioner had also confirmed that the situation within the state of Mizoram is peaceful and that vehicles with essential commodities can ply to the state without fear.

Following the border dispute between the two states on July 26, 2021, an 'economic blockade' had taken place. Even though the Assam government denies any such blockade from its side, the neighbouring state has been constantly claiming that vehicles carrying essential commodities are being stranded and not plying towards Mizoram.

Reportedly, the 'blockade' had led to a complete halt of all goods entering Mizoram, including basic medicines, life-saving medications, and COVID-19 medications.

Even oxygen cylinders, oxygen plant materials, and COVID-19 test kits had been halted.