Mizoram: Influx of Kuki Chin refugees from Bangladesh increases to 62 in one week

62 Kuki Chin refugees from Bangladesh have camped the Lawngtlai district of Mizoram. According to estimates, 45 refugees entered Parva-III village on January 5, bringing the overall number of Bangladeshi refugees in Mizoram to 62 as of 2023. 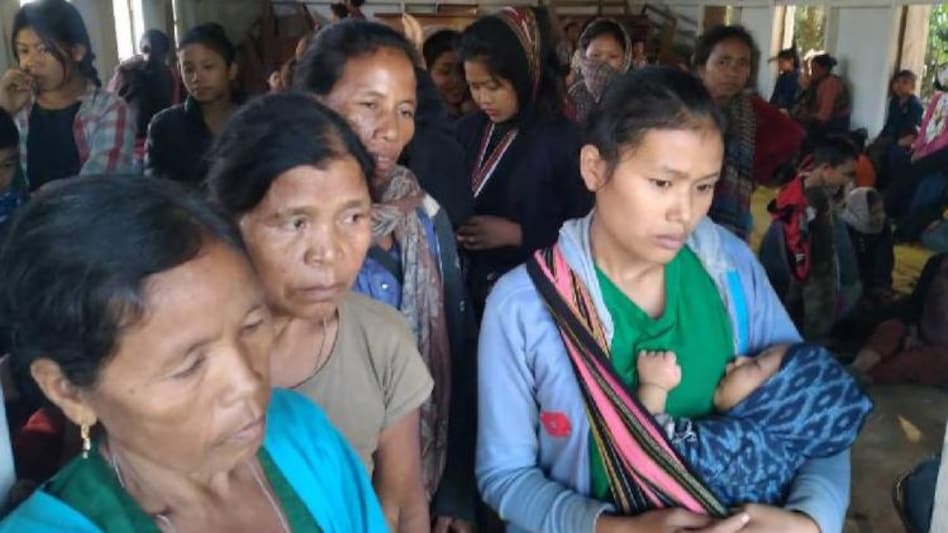 The influx of Kuki Chin refugees to Mizoram from Bangladesh continues even as the fight between the Bangladesh army and the armed rebel group Kuki-Chin National Army (KNA) continue to escalate.

In just the first week of 2023, 62 Kuki Chin refugees from Bangladesh have camped the Lawngtlai district of Mizoram. According to estimates, 45 refugees entered Parva-III village on January 5, bringing the overall number of Bangladeshi refugees in Mizoram to 62 as of 2023.

According to official records, the combined troops of the Bangladeshi army and the Myanmarese rebel group Arakan Army (AA) attacked civilians on November 16, and the first group of 274 refugees from Chittagong, Bangladesh, landed in Mizoram on November 20, 2022.

Over the past few months, fighting between the Bangladesh army and the Kuki-Chin National Army (KNA) near Chittagong has escalated.

The Kuki-National Army (KNA) have intensified confrontation in the Chittagong during the past few months.
In the CHT, the Kuki-Chin community's militant organization, the Kuki-National Army (KNA), has been calling for the Kuki-Chin community to have its own homeland. Meanwhile, Pastor Chhawnkhup, an 80-year-old member of the evangelical Baptist church in Bangladesh, is said to have passed away on Wednesday from starvation in a forest in the CHT. He and other asylum seekers had been denied entry into the Lawngtlai district in south Mizoram to seek shelter.

The central committee of the Young Mizo Association (YMA), the Mizos' highest body, called for sit-ins outside the Raj Bhavan to protest the pastor's death and the BSF's refusal to let refugees from Bangladesh in.
Members of the state's Lok Sabha and Rajya Sabha have urged the central government to instruct the BSF to grant humanitarian access to the displaced "ethnic Mizos."

K Vanlalvena, a Mizoram-based Rajya Sabha MP, had written letters to Union Home Minister Amit Shah and Union Home Secretary Ajay Bhalla to ask the BSF to let the refugees cross into Mizoram to safety. The MP had said that the BSF discriminated against ethnic Christian Mizos by denying them shelter in the state. However, in the 1970s, the central government also allowed thousands of Buddhist Chakmas to enter and settled them in Mizoram and Arunachal Pradesh.