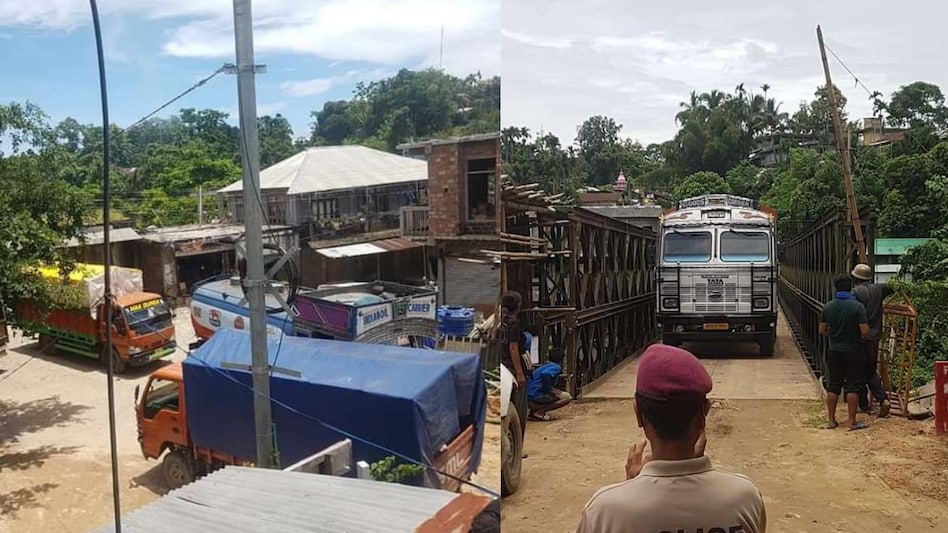 AIZAWL: Essential commodities including oil tankers have arrived in Mamit district of Mizoram on Friday from Tripura after the state government started transporting essential commodities from other states amid 'economic blockade' by Assam on NH 306.

This highway in Assam is crucial as it connects Mizoram to the rest of the country through Silchar.

Reportedly, the state government has reached an agreement with Food Corporation of India (FCI) in Tripura regarding the supply of rice to Mizoram.

State's Food, Civil Supplies and Consumer Affairs Minister K Lalrinliana stated in a report that the state has enough stock of rice for at least three months.

He further stated that they will ask Manipur's government's help for the supply of LPG and fuels.

He added that despite the blockade by Assam, no crisis of essential commodities have been reported in the state.

the state government is making massive efforts to ensure that people don't face a crisis of essential commodities.

The Mizoram government on Wednesday wrote to the Ministry of Home Affairs urging it to lift the blockade.

The Assam government on Wednesday issued travel advisory urging citizens to not travel to Mizoram further advising the Assamese people in Mizoram to exercise utmost caution amid the ongoing border disputes.