Keeping their efforts on in the aggressive war against drugs, a joint team of Vairengte Police, 225 Bn CRPF, 147 Bn CRPF, and CID SB Aizawl intercepted one vehicle and seized 194 kgs of Pseudoephedrine tablets (COLZEN Tablets) on January 7. 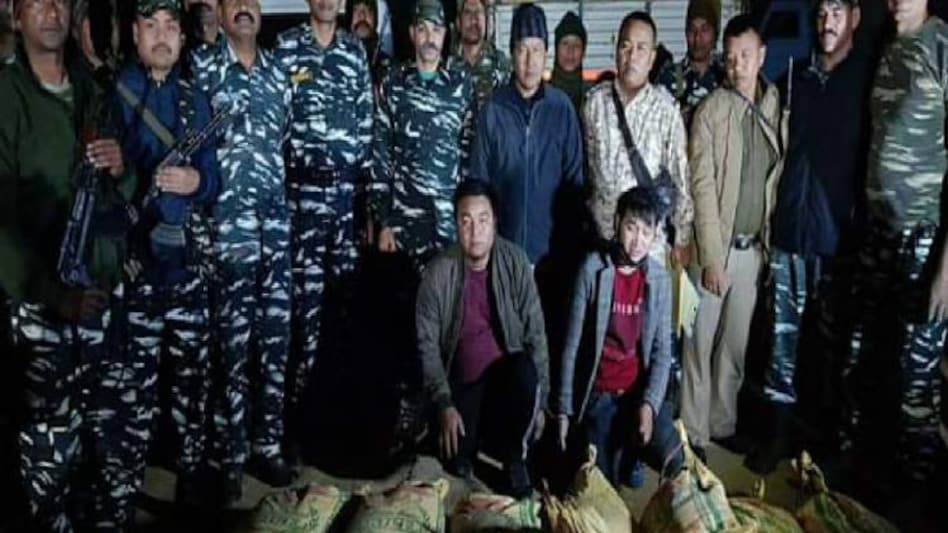 Keeping their efforts on in the aggressive war against drugs, a joint team of Vairengte Police, 225 Bn CRPF, 147 Bn CRPF, and CID SB Aizawl intercepted one vehicle and seized 194 kgs of Pseudoephedrine tablets (COLZEN Tablets) on January 7.

The seizure was made after a joint team of police personnel intercepted the vehicle bearing registration number TATA 1109 at the Vairengte Kawngthar Veng auto stand.

The seized vehicle was heading towards Aizawl from Bagha Bazar, Cachar Assam, and was driven by one Lalhruaitluanga (37) of Ramhlun South, Aizawl along with one passenger Lalrodawngliana (33) of Hnahlan (P/A Republic Vengthlang, Aizawl).

On careful checking of the vehicle, the seized contraband was concealed in the loading bay of the said vehicle, taking cover for other goods.

Preliminary investigation reveals that the consignment was bound for Champhai.

Further investigation is in progress to ascertain forward and backward linkages.

Government Railway Police on January 7 seized a massive consignment of opium from New Delhi-bound Rajdhani express train. According to reports, police seized around 12 kg of opium from the train.

Police said that the estimated market value of the seized opium would be around Rs. 10 lakhs.

" The drugs were being smuggled from Dimapur and no arrests has been made so far as it had no attendees.", Police said.
"Further investigation is on." , Police added.

Earlier in November, 2022, In a joint operation, the Assam Police and the Government Railway Police seized 29 kilograms of ganja from a train at Lumding railway station in Hojai district.

The Assam police, acting on a tip-off, launched an operation in collaboration with the Railway Police at Lumding railway station and recovered 28 packets of ganja weighing 29 kg from a train coming from Tripura’s capital Agartala.

“Lumding police and Government Railway Police have jointly launched the operation. The market value of the seized ganja is estimated at around Rs 3 lakh. We have registered a case in connection with this,” the police official said.