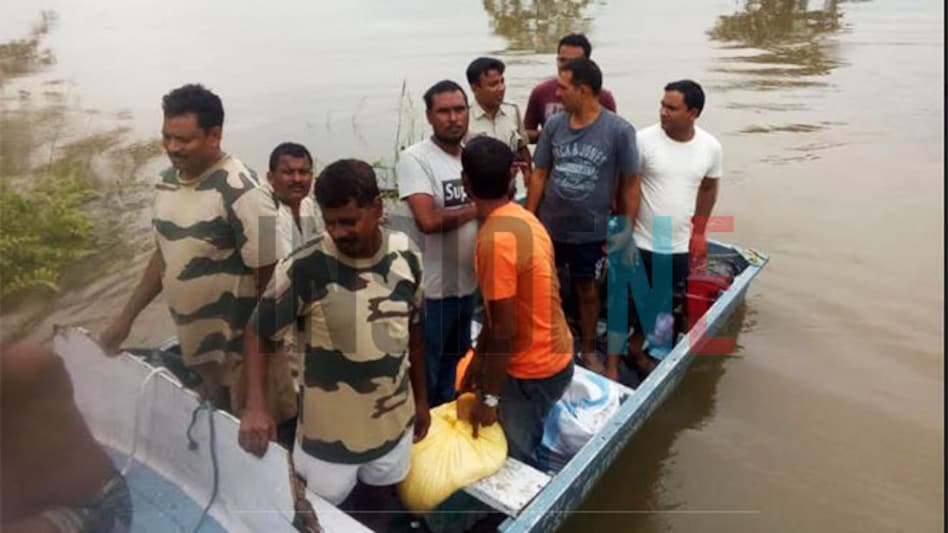 KOHIMA: A fire has reportedly broken out in the Southern part of Dzoukou Valley which is located at the borders of the states of Nagaland and Manipur in the Northeast Indian region.

Moments earlier, Aku Sayie, a Facebook user, uploaded a video of a burning Dzoukou on Facebook that shows smoke billowing from the valley. The situation has reportedly grown progressively worse, as large swathes of forest area can be seen on fire in the viral video. As per the original poster of the video, the fire in Dzoukou has been raging for several hours now.

In the video, Aku can be heard saying that the fire in the Valley has been raging for close to 2-3 Hours. In the video, which has also been posted to the group 'Naga Hills', the youth can also be heard calling for "help" to preserve the Valley.

Although official confirmation is yet to be received, sources told Inside Northeast that this could be the handiwork of trekkers who forgot to put out a campfire properly.

It is not unnatural for wildfires to break out in the Dzoukou Valley, which is well known for its natural environment, seasonal flowers and flora and fauna. It is situated at an altitude of 2,452 m above sea level.

More often than not, these fires can be attributed to the carelessness of tourists. Each year, tourists throng this pristine valley, which is one of the most popular spots for shutterbugs in the entire Northeast.

This is a developing story. More details are awaited.