Nagaland Adhoc teachers have launched their indefinite hunger strike on September 30 following the government’s alleged indifferent approach to their demands. 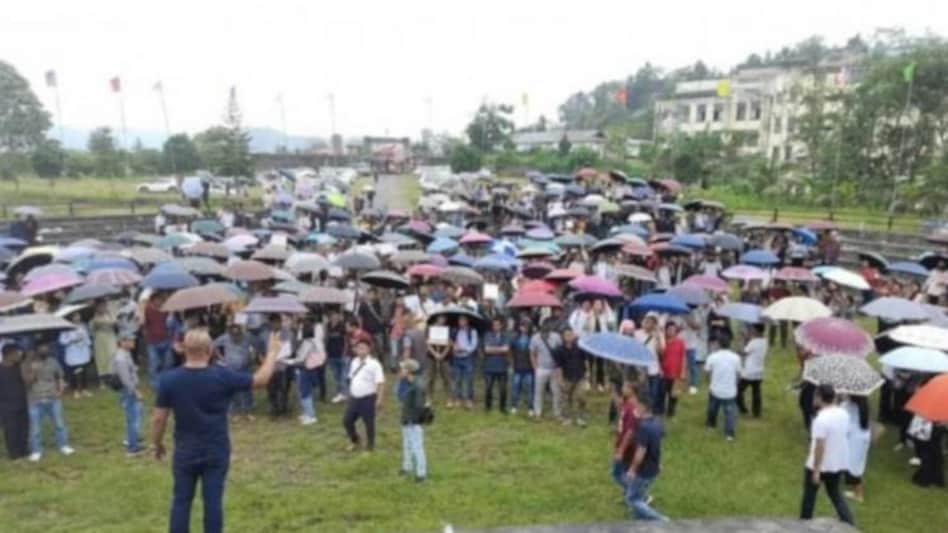 Nagaland Adhoc teachers have launched their indefinite hunger strike on September 30 following the government’s alleged indifferent approach to their demands.

The All Nagaland Adhoc Teachers Group (ANATG)-2015 Batch commenced their strike on September 29, the fourth day of their non-violent protest outside the state civil secretariat.

Notably, the Rising People’s Party (RRP) on September 28 extended its full support to ANATG demanding regularisation, and said that the NDPP-BJP coalition should stop victimizing the 1166 teachers.

In the meantime, the agitation teachers are adamant that they will not move till the state government assures that justice will be served.

“It’s not surprising that the state’s dirtiest department is giving all sorts of excuses”, stated RPP in an official statement.

“The Principal Director, DoSE, should not shoot his mouth nor mislead the Cabinet without knowing the facts. In the ACAUT/PSAN litigation filed before the High Court, case no. 145 (K) 2017, Grade-III Adhoc teachers were not impleaded in the case”, the statement added.

For the consumption of the general public the Rising People’s Party also mentioned that teachers are appointed under a separate recruitment policy (with requisite qualification) which is not under the purview of the NPSC examination, and therefore to label all the agitating teachers as backdoor appointees are unfair and hurtful.

Recently on September 22, 90 RMSA and SSA teachers of the 2010 and 2013 batches were absorbed/regularized which means that their salary is now wholly paid by the state government.