Further, the Congress leader claimed that online appointments, zoom interviews, permanent posts, and advertisements were created without giving the nurses a chance to respond 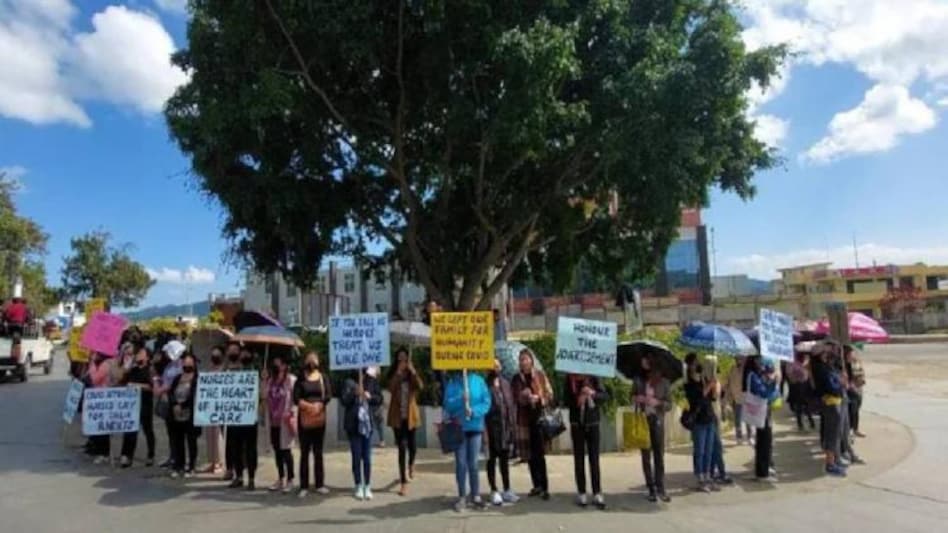 K. Therie, president of the Nagaland Pradesh Congress Committee (NPCC), insisted that the protesting Department Recruited Aggrieved Nurses (DRAN), who were fighting for service regularization and unpaid wages, deserved praise and recognition rather than humiliation.

In a press release, NPCC president K Therie stated that such an act "from a people's government is shameful" and that the "world was looking" at the state government's "merciless attitude.""Decision to throw them out is an outrage," he said.

Further, the Congress leader claimed that online appointments, zoom interviews, permanent posts, and advertisements were created without giving the nurses a chance to respond.

According to Therie, nurses were employed in the Covid hospitals at the height of the pandemic, but "this heartless" government decided to eliminate them following the outbreak.

He said that because the nurses were hired for jobs that were created in an emergency when they were needed, there was no reason to doubt their skills or abilities after using their services in the most difficult of circumstances.

According to Therie, the DRAN not only met the requirements of society but also demonstrated their bravery by laying down their lives at the COVID frontline.