News
Nagaland
Nagaland to be fully digitised, every district will have internet access: MoS Rajeev Chandrasekhar 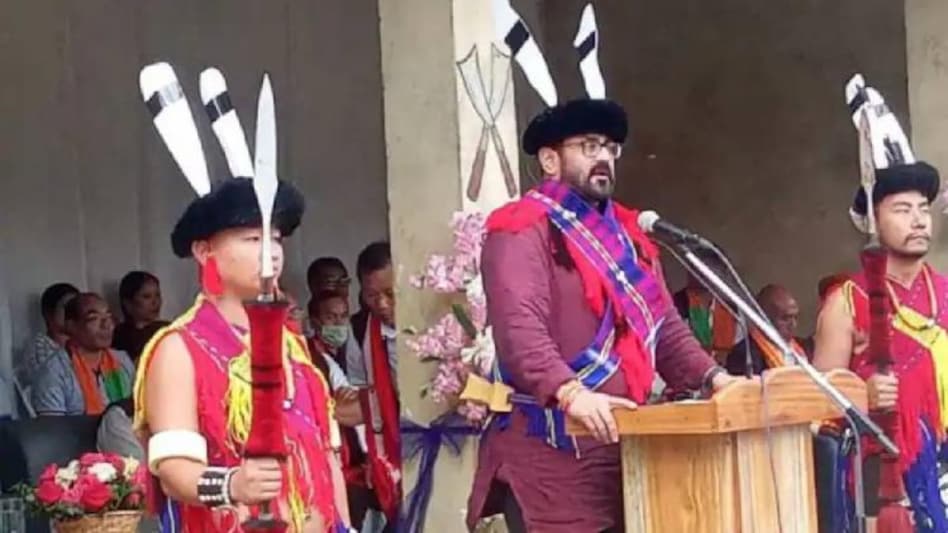 Union Minister of State for Skill Development and Entrepreneurship, Electronics and Information Technology, Shri Rajeev Chandrasekhar today, September 27 said no part of Nagaland will be left without internet connectivity as part of Prime Minister Narendra Modi ji’s vision of Connecting all Indians, with an approach that ‘No one is left behind’

Addressing media in Dimapur, Chandrasekhar who is currently on an official visit to Nagaland, said, “Every part of Nagaland will get access to internet with BSNL and private companies playing an important role. No part of Nagaland will be left uncovered by internet access.”
He asserted that digital connectivity across the region will usher in development and create new opportunities for young Indians

Later, interacting with students of the Government College, Dimapur,  Chandrasekhar shared Prime Minister Narendra Modi’s vision and gave a presentation on New India for Young Indians to students and urged them to empower themselves with skills training to pursue their future life choices. After the presentation, students asked a lot of questions ranging from Digital opportunities, infrastructure development in the state & translating Talent into skills & jobs. The Minister answered all of their questions and received a rousing applause from the students and the faculty.

“New India offers lot many opportunities than ever before. Success is determined by hard work and capability and not by affiliations to any political or business family or influence. Innovation and skilling are going to drive our future as India steps into what PM Narendra Modi ji terms as India’s Techade,” said Chandrasekhar while interacting with the students.

Stating that the eight years’ of Narendra Modi government has turned the old narrative of democracy on its head, Chandrasekhar said, “Previously, Indian democracy was considered dysfunctional and corrupt. But now, thanks to the Digital India programme launched by PM Narendra Modi in 2015, every single rupee is directly transferred into the accounts of the beneficiary living in remotest corners of the country.”

He also informed them that their college would soon be converted into a skills training hub under the Skill India Mission and that the students can avail of the opportunities to get themselves future-ready.
Earlier in a meeting with officials of the district administration Dimapur, Chandrasekhar stressed that skilling efforts for any district should be designed, based on what the young people of the region want to do. “The plan should be based on aspirations of young people, on what they want to do and also there should be an outcome to the effort—either as job or entrepreneurship.”

He assured them that the Centre would help in providing the funds, resources and an enabling ecosystem to deliver but the ownership of the skills.