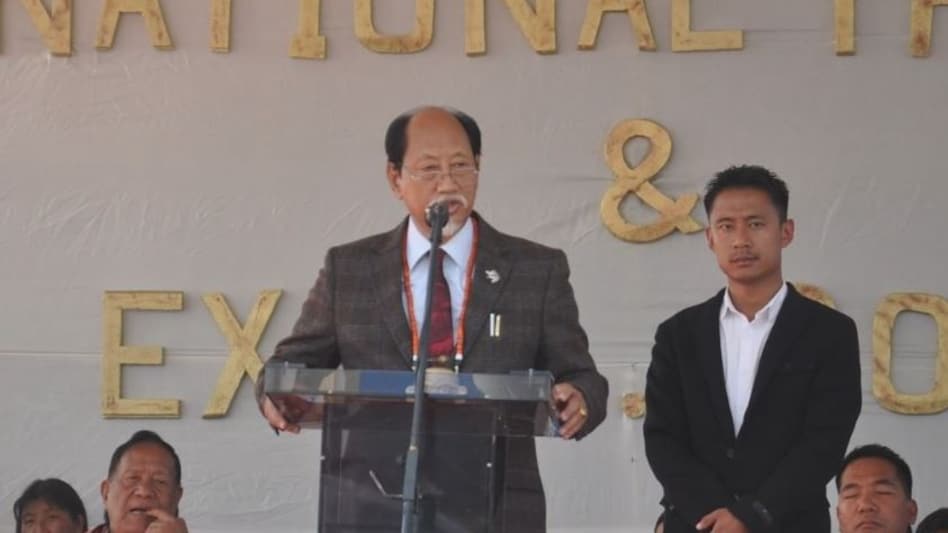 Dimapur: The byelections to the two Assembly constituencies in Nagaland recorded 83.69 polling yesterday.

The polling was held amid strict adherence to Covid-19 safety measures and tight security across 99 polling stations in the two Assembly seats.

Election officials said the polling in the two seats - 14 Southern Angami-I in Kohima district and 60 Pungro-Kiphire in Kiphire district – ended peacefully at 4 pm in the afternoon.

Sinha said the polling process was by and large peaceful except in polling station 11 at Singrep village in Pungro-Kiphire where law and order situation was reported.

He said repoll will be conducted at the polling station which will be announced later.

He said all Covid-19 protocols were put in place and face masks and hand sanitizers were provided and thermal screenings done in all the polling stations.

He said Rs 14.21 lakh, including cash, liquor and drugs, was seized in both the constituencies till yesterday.

The CEO also informed that scrutiny of polling documents will be done by returning officers of the respective districts along with election observers, candidates and representatives at 11am tomorrow.

Counting of votes will take place on November 10.

All the eight candidates – three in Souther Angami constituency and five in Pungro-Kiphire constituency - cast their votes in their respective polling stations early this morning, Sinha added.

A scuffle was reported between NDPP and NPF functionaries at Jakhama town-I polling station 12 under Southern Angami-I constituency in Nagaland. The NDPP demanded repoll in the polling station.

In a complaint letter to Kohima district electoral officer, the NDPP said genuine voters were not allowed to cast their votes in the polling station by NPF functionaries by forcefully restricting them at the national highway.

The party also said hundreds of Nagaland voters were threatened and intimated and not allowed to cast their votes.

However, the NPF refuted the NDPP’s allegations, saying the complaint lodged by the ruling party is baseless and an expression of their frustration as their ill motive of disturbing peaceful polling could not be fulfilled.

The party said some top functionaries of the NDPP led by its working president Alemtemshi Jamir went to Jakhama town with the intention to disturb polling process in the polling station number 12 followed by two party legislators Pukhai and Zhaleo Rio, along with some unidentified youths who are not voters of the Southern Angami seat.

The NPF demanded that these NDPP members should be strictly dealt with and booked as per provisions of the law for alleged violation of the model code of conduct.