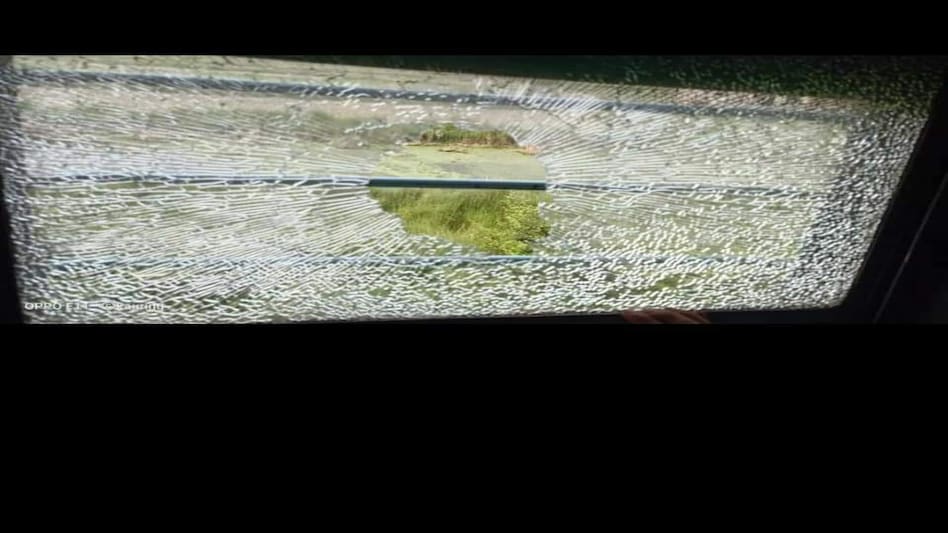 A train arriving from Gurgaon, Haryana to Dimapur carrying 1300 migrants of Nagaland was attacked by locals in Bihar. It all started at 4 AM after the train crossed the Patna Junction. In the subsequent stations, when the train stopped, the locals forcibly tried to enter inside. In the ruckus, some even started pelting stones, hit the doors with sticks and broke the window traumatising the passengers inside.

The situation escalated when security officials themselves tried to force entry instead of stopping the locals, a passenger cited. Speaking to Inside Northeast, Tarep, who has been traveling on the same train spoke about the incident. "The locals started banging the doors and some entered. Initially we opened the door on seeing a policeman. However, instead of helping they tried to force entry". The situation was not limited to a particular station as they were attacked in multiple stations. "Stones were thrown and one of the train windows has been shattered", said Tarep. He even cried neglect by the police authorities whom he alleges were also involved in the chaos.

Concerned parties of Nagaland have written to the CS office in Kohima regarding the situation: "whether it's us or they, we must understand the abnormal and desperate situation with stranded migrants. Our people should be informed to keep the train door and window shut. Even in normal times it's risky to pass through Bihar. Anyway it is in the knowledge of the respective states so they are on the job for safe arrival. If we come to know any other development let's immediately inform war room office".

Following the incident, the videos got leaked to social media, which created a huge uproar among concerned citizens. Following this, there have been reports that the District Administration and State Govt have taken measures to intervene in the situation. To confirm this, Mr. Tarep said, "after 10 AM, some of the policemen came and enquired regarding the safety of our brothers and sisters".

As per sources to Inside Northeast, the train has been making stops in every station and this is how people started rushing inside the cabin at Danapur railways station in Bihar. In such a crisis when everybody is looking for transportation this has facilitated the violence amid the desperation of people wanting to go from one place to another.

The Nagaland govt has been monitoring the the movement of the train and as per reports the train has crossed Bihipur following which snacks and water will be provided at Katihar junction.

The passengers of the train already had a set back with the death of one of the co-boarders. As per information, the body of the deceased was de-boarded at Kanpur Railway station and sent to post mortem examination.

Meanwhile, the stranded migrants from Nagaland are also faced with other problems as the trains have been delayed for more than 10 hours due to the halts. The food arrangements have not been proper today as they are out of stock. There's another problem for the passengers with the train getting thickly congested. "This is too overwhelming….congestion is one thing but Heat and suffocation inside the train …..", said one of the sources from the war room.

The incident in totality has brought in some of the key concerns ailing the country. One of them is a total disregard for the dignity of the indigenous people of Northeast, lack of proper planning by the govt as supposed to sending back their migrants and mismanagement by the railway authorities of Bihar.