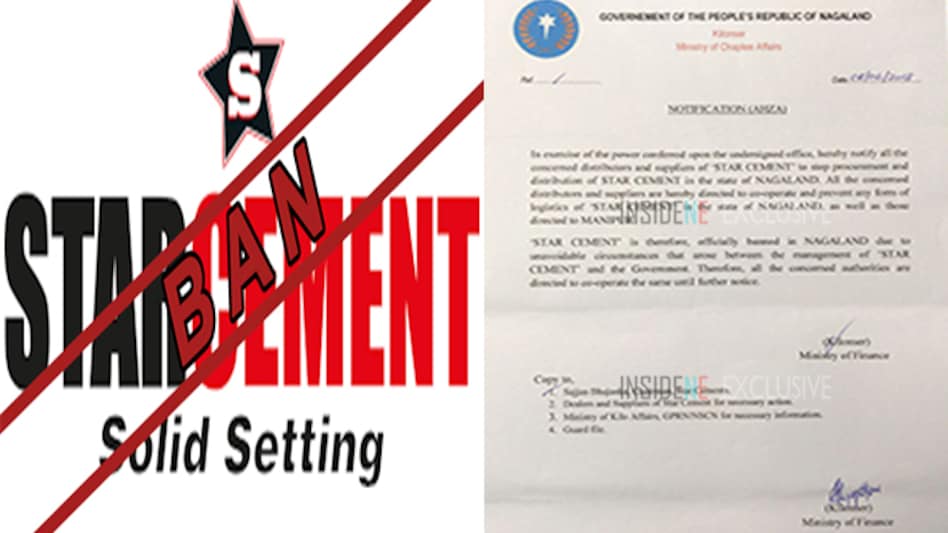 In a notice issued by the Government Of The People's Republic Of Nagaland , it clearly states the banning of the company titled The Star Cement, thereby issuing orders to all the distributors and suppliers of Star Cement to restrain from procrument and distribution of 'Star Cement' in the state of Nagaland . They have urged the suppliers and distributors to cooperate to the instructings avoiding any logistics in Nagaland as well as those directed to Nagaland.

The issue states that the decision surfaced due some unavoidable circumstance between Star Cement and the Government. Therefore it had asked the concerned authorities to abide by it till further notification.