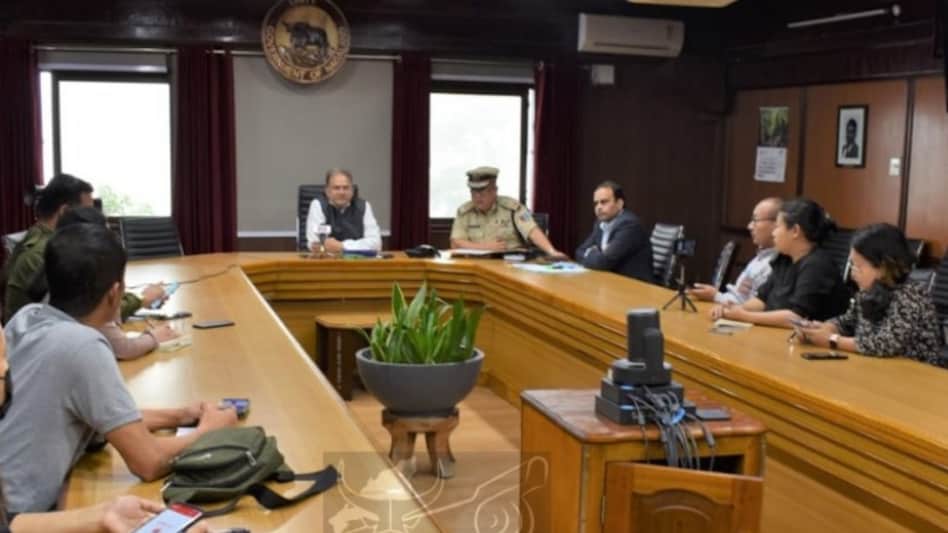 Chief Secretary J. Alam and Home Commissioner and DGP Nagaland held a press conference on Wednesday with the media fraternity to give an overview of the issue of closing the check gates in Nagaland on 1st May 2022.

As per data provided by Nagaland Director General of Police (DGP) T John Longkumer, the complaints were received from the districts of Kohima, Dimapur, Zunheboto, Wokha, Mokokchung, and from the district bordering Assam.

The chief secretary also informed that the inspection teams led by the respective district administrations have been reporting about the implementation of the government order regularly.

Alam while giving detailed information on the implementation of the said order informed that out of 34 check gates, 21 check gates have been closed and only 13 inter-state check gates are operating at the moment.

DGP Nagaland John Longkumer said the order for closure of check gates was issued by the Government of Nagaland on 19th May and started to enforce from 20th May 2022. He informed that so far eight complaints were received and six complaints were found to be actionable, six FIRs were lodged in different police stations and investigations are going on. He appealed to all the people to co-operate with the security force and inform the police at the earliest of any illegal activities.