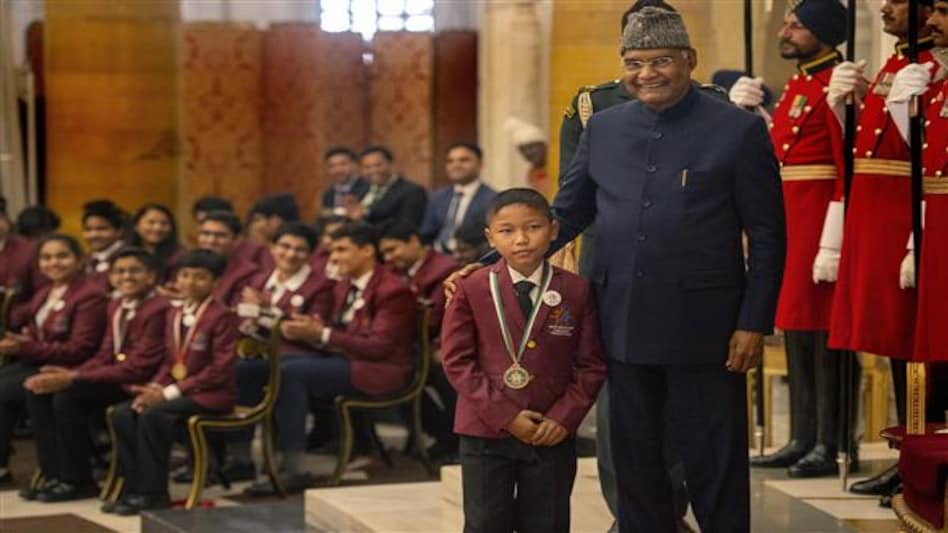 NEW DELHI: 32 children, including four from the Northeast, have been awarded the Pradhan Mantri Rashtriya Bal Puraskar, 2021 for their exceptional abilities and outstanding achievements in areas such as innovation, scholastics, sports, arts & culture, social service, and bravery.

The four awardees from Northeast include- Tanuj Samaddar from Assam and Venish Keisham from Manipur for Art & Culture, Ayush Ranjan from Sikkim awarded for Innovation, and Arshiya Das from Tripura.

The awardee children are from 32 districts of 21 States and Union Territories.

The awards include seven in the field of art & culture, nine for innovation, five for scholastic achievements, seven for sports, three for bravery, and one for social service.

Commending the young achievers, President Ram Nath Kovind said in a message, "I am hopeful that Pradhan Mantri Rashtriya Bal Puraskar, 2021 would not only motivate the winners but will also encourage millions of other young children to dream, aspire and stretch their limits. Let us all do our personal best to take our nation to new zenith of success and prosperity.”

Prime Minister Narendra Modi will virtually interact with the awardees tomorrow through video-conferencing.