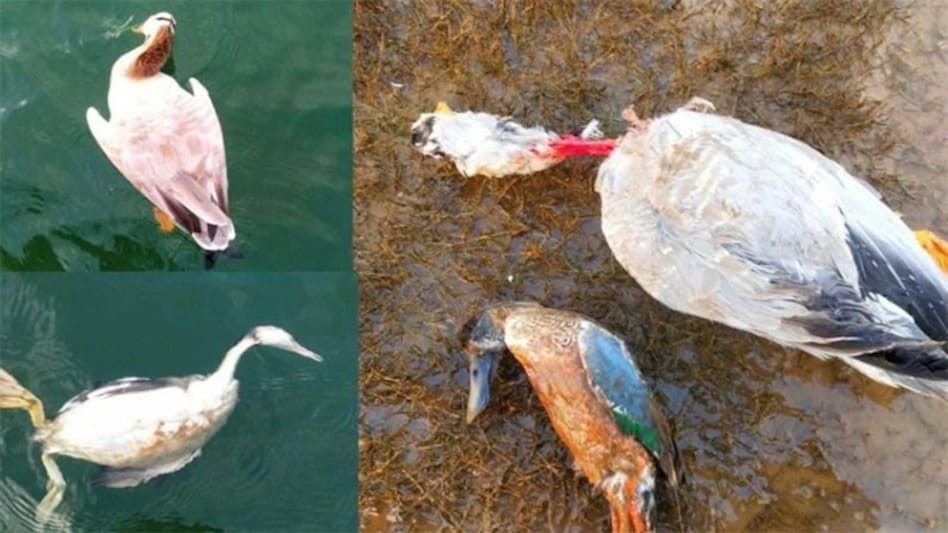 Bird flu has been detected in the samples of over 1,700 migratory birds found dead in Himachal Pradesh last week. Himachal has now become the fourth state to report the infection after Rajasthan, Kerala, and Madhya Pradesh.

Bird flu has been declared as a state-specific disaster in Kerala and a high alert has been issued after an outbreak of bird flu was confirmed in certain parts of Kottayam and Alappuzha districts.

An outbreak of bird flu has been reported from some parts of Kottayam and Alappuzha districts, prompting authorities to order the culling of ducks, hens, and other domestic birds in and around a one km radius of the affected areas.

Tests conducted at the National Institute of High-Security Animal Diseases in Bhopal have confirmed the bird flu outbreak, officials said.

The bird flu was reported from four panchayats--Nedumudi, Thakazhy, Pallippad, and Karuvatta--in the Kuttanad region of the Alappuzha district and from a duck farm in Neendoor panchayat in Kottayam district.

Officials said around 40,000 domestic birds, including 34,000 in the Kuttanad region alone, will be culled to check the spread of the H5N8 virus.

The culling operations will on Tuesday by rapid response teams, constituted by the district authorities.

Himachal Principal Chief Conservator of Forests informed that the infection had been confirmed by the Indian Veterinary Research Institute of Bareilly. She added that the administration was waiting for reports from the National Institute of High-Security Animal Diseases in Bhopal.

Around 1,800 migratory birds, most of them bar-headed geese, have been found dead in the lake sanctuary so far.

Over 170 new bird deaths were reported in Rajasthan on Monday, amid an outbreak of bird flu in some parts of the country, officials said.

According to the Animal Husbandry department, over 425 deaths of crows, herons and other birds have been reported in the state so far.

In Jhalawar, carcass samples sent to the National Institute of High-Security Animal Diseases (NIHSAD) have confirmed bird flu recently, whereas the death report of birds in other districts is yet to come, they said.

"Deaths of over 425 birds, mostly crows, have been reported in parts of the state so far. Bird flu has been confirmed only in Jhalawar. Report of other deaths is yet to come," the department said.