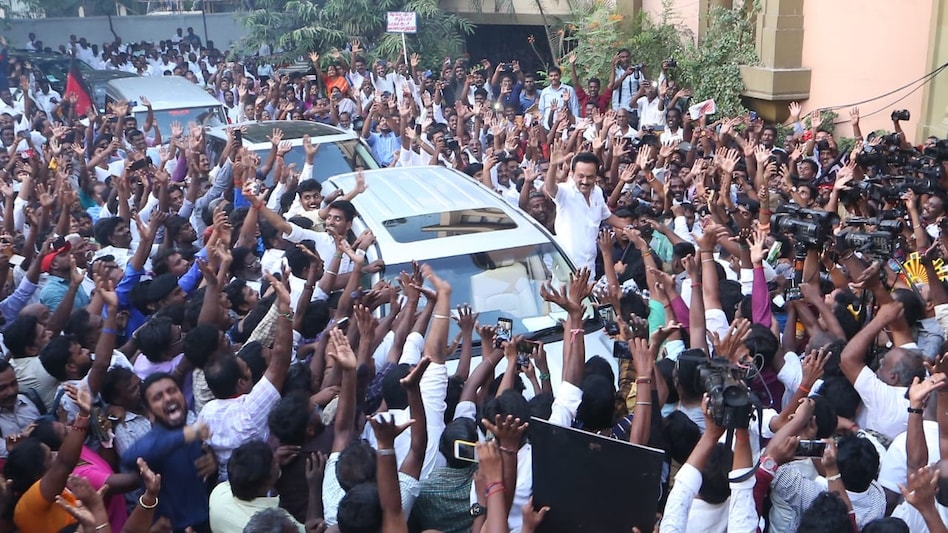 GUWAHATI: Despite the Election Commission's (EC) ban on victory celebrations in view of the surge in COVID-19 cases across the country, in many parts, party workers and supporters were seen taking out processions and celebrating in large numbers in many states where counting of votes is under way.

Issuing a notification EC said: "It has been brought to the attention of the Commission through media that at certain locations in some states, public celebrations in the context of today's counting are being carried out which is in contravention of the directions issued by the Election Commission vide letter dated 28th April, 2021 and l9' May, 2021. "

Such activities must be prohibited urgently, the order stated.

The commission has taken it very seriously and has recommended that all possible steps be taken to ensure strict adherence to its directives, which has already banned all such activities due to the pandemic.

Furthermore, the commission has also ordered that the liable SHO(s) and other officers be suspended immediately and that criminal and disciplinary proceedings be initiated against them.

Initial trends show the ruling AIADMK is leading in 81 seats and the DMK leading in 98 seats as the votes for the single-phase Tamil Nadu Assembly elections are being counted.

The Assembly polls in Tamil Nadu were held on April 6.