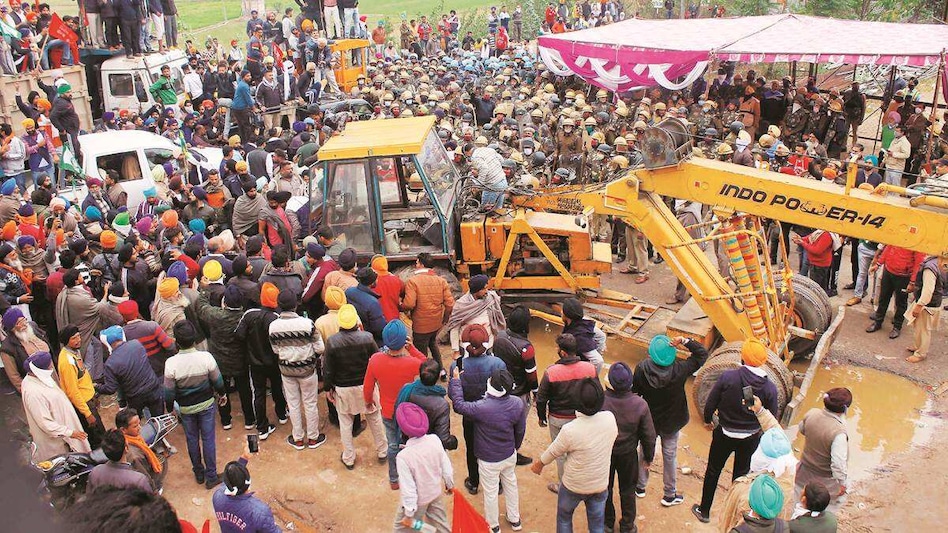 NEW DELHI: The farmer's protest is set to take a new turn as the protesting farmers on Monday began their hunger strike at various border points near Delhi. The farmer unions have also said that protests will also be held in other parts of the country.

“We want to wake the government up. So, 40 farmer leaders of our United Farmers Front will sit on hunger strike today at all borders points between 8 am-5 pm. Twenty five of them will sit at Singhu border, 10 at Tikri border and five at UP border,” said Harinder Singh Lakhowal, general secretary of Bharatiya Kisan Union or BKU in Punjab.

The protesters who are at the Ghazipur border in Delhi say they are prepared for the day-long fast.

On Saturday over 1500 vehicles including over 1300 tractor-trolleys, from almost 1,000 villages in seven districts from Punjab headed towards Delhi .

According to reports, the convoy is carrying over 30,000 protests on tractor-trolleys with another 1,000 in cars.

The protesting farmers on Saturday announced to block the Delhi-Jaipur highway to intensify the ongoing protests at the Delhi borders.