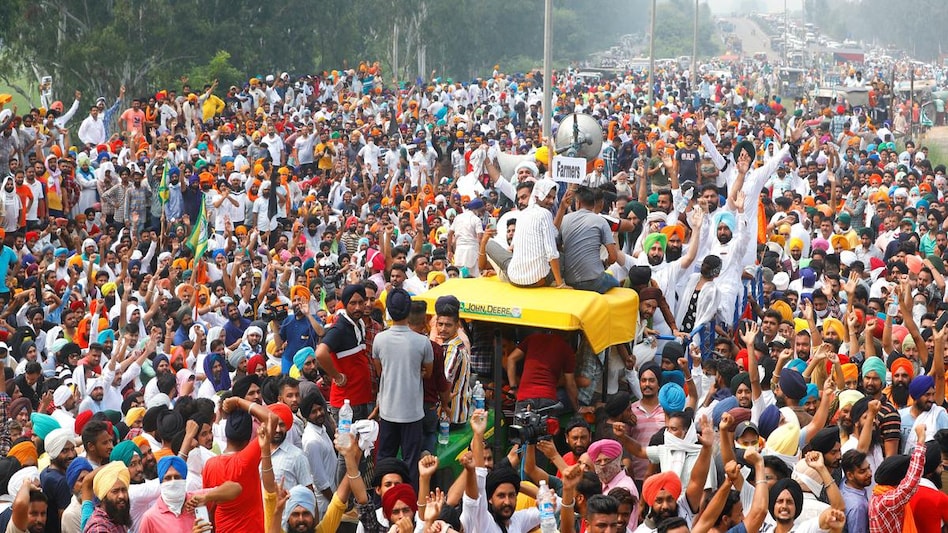 NEW DELHI: The Union Government invited the farmers' protest representatives on Tuesday for the next round of discussions over the farmers protesting a set of laws enacted by the Centre recently in order to liberalise the farm sector

The next round of talks was previously scheduled for December 3 but was then preponed after the Home Minister Amit Shah and Agriculture Minister Narendra Singh Tomar met twice in a span of 24 hours on Monday to discuss the ongoing protest.

“On November 13, during our last meeting, we decided to conduct next round of talks on December 3. However, farmers have continued their protests and with the Covid situation and the cold wave, we decided that we needed to talk before December 3,” agriculture minister Narendra Singh Tomar told reporters after sending the invitation late on Monday evening.

The discussions will be held at Vigyan Bhawan in New Delhi at 3 pm. The agriculture ministry has prepared a fresh set of presentations and videos on the farm reforms, an official said. The government is expected to have a few economists from the Niti Aayog to join the discussions.

On Sunday, farm leaders had rejected an offer from home minister Amit Shah to advance the date of talks scheduled for December 3. Rejecting Union Home Minister Amit Shah’s offer of moving the ongoing protests to a designated site in Burari on the outskirts of the national capital, a majority of farmer unions from Punjab have decided to stay put outside Delhi borders.

Defence Minister Rajnath Singh, Home Minister Amit Shah and Agriculture Minister Narendra Singh Tomar on the intervening night of November 29 and 30 met at BJP Chief JP Nadda’s Delhi residence, according to sources, hours after the farmers protesting in the national capital rejected the center’s proposal of holding early talks to discuss their grievances.

It needs to be mentioned here that the number of protesting farmers at Delhi’s border swelled further on Saturday as many more joined them from other states. Many of them have refused to move to the ground being allocated to them near the capital’s outskirts to hold their protest.

“We will not move from here (Singhu Border) and continue our fight. Burari protest ground is more like a jail. Thousands of farmers have come from Punjab and Haryana to join the protest. We will not return home,” a farm leader told reporters.

Noteworthy,For nearly three months, the farmers have been up in arms against the farm laws, aimed at bringing reforms by doing away with middlemen and improving farmers’ earnings by allowing them to sell products anywhere in the country. The farmers and opposition parties contend that the laws could lead to the government stopping the system of buying grain at guaranteed prices, which would leave farmers at the mercy of corporates.