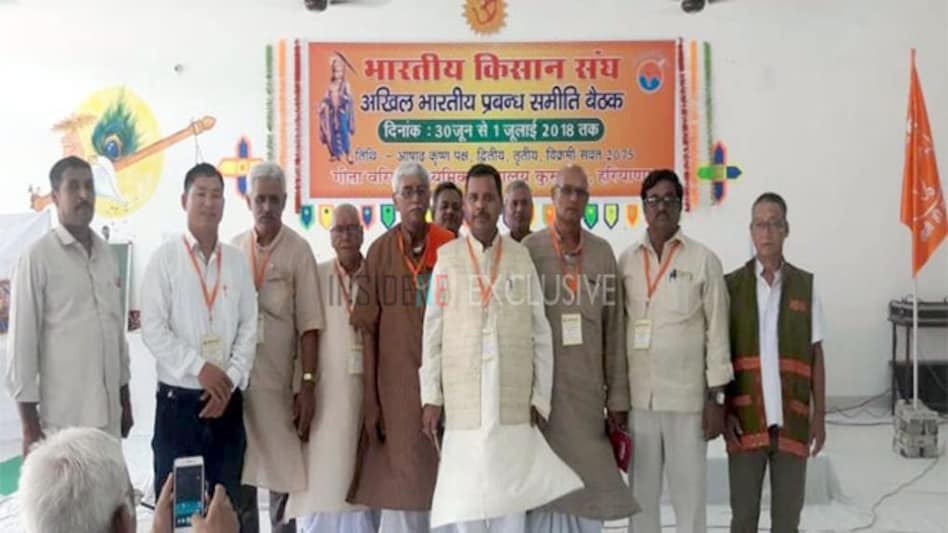 NEW DELHI: A tense situation prevailed at the Singhu border today after a group of around 200 people pelted stones and vandalized tents erected by farmers at the Delhi-Haryana border in Singhu.

According to reports, a police official was injured in the violence. The sudden violence this afternoon at the protest site, which has been tense since the Republic Day violence, prompted the police to use tear gas shells and resort to lathi-charge. Farmers too appealed for calm.

It is unclear how the group of people managed to enter the site of the farmers' protest.

The people who entered the protest site also tried to vandalize other infrastructure such as farmers' washing machines, demanding that the farmers vacate the protest site. Both sides threw stones at each other.

Some people were seen raising slogans against farmers and asked them to vacate the protest site.

The local people who were protesting against the farmers demanding the site to be vacated raised slogans like –”Khalistan Murdabad”, “Tirange ka apmaan nahi sahega Hindustan” (India will not tolerate the insult of flag). They were also holding placards with the same slogans.

The police and the security forces deployed at the protest site asked them to maintain peace. However, people continued to raise slogans.

Security has been heightened at the Singhu border (Delhi-Haryana border).

Meanwhile, Delhi Police earlier said it has issued a lookout notice (LOC) against some farmer leaders with the help of immigration.

The passports of those leaders will be seized as a part of the process.

The FIR mentioned multiple Indian Penal Code sections, including Sec 307 (attempt to murder), 147 (punishment for rioting) and 353 (assault/criminal force to deter public servant from discharge of his duty).