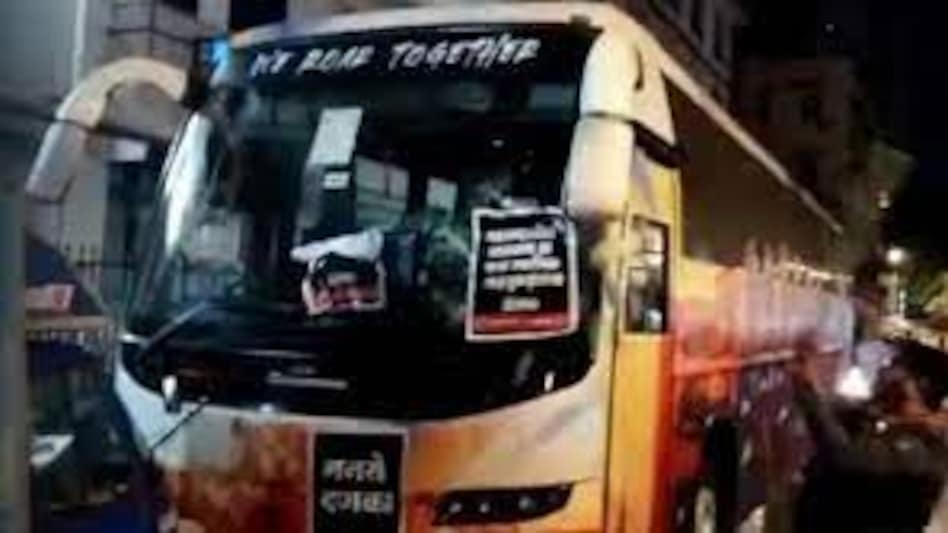 As the Indian Premier League (IPL) 2022 is in the corner, all the teams have started gathering in Mumbai.

League matches are to be played at three different grounds.

But a dispute has occurred.

The Delhi Capitals team bus was attacked in Mumbai on Tuesday.

In this case, the police have taken action and five MNS workers have been arrested.

The fortunate thing is that no one got hurt in this incident. Those who vandalized the bus are workers of Maharashtra Navnirman Sena (MNS), a party of Raj Thackeray.

They vandalized the buses parked near the Taj Hotel.

It is alleged that in the IPL, the teams have given the contract of the bus to the company of Delhi, while they demand that it should be given to the local company i.e. Maharashtra.

A total of 55 league matches of IPL will be played in three different stadiums.

Before these matches are to be held at CCI, DY Patil, and Wankhede ground, all the teams have gathered in different hotels in Mumbai.

The first match of the Delhi Capitals team led by Rishabh Pant is to be played on March 27, which will be against Mumbai Indians.

Delhi Capitals has not won any IPL title so far. While Mumbai Indians is a five-time IPL champion.