Prime Minister Narendra Modi, Russian President Vladimir Putin, Chinese President Xi Jinping, and other leaders of the Shanghai Cooperation Organisation (SCO) on September 16, 2022 deliberated on the regional security situation and ways to enhance trade and connectivity at the annual summit of the grouping. 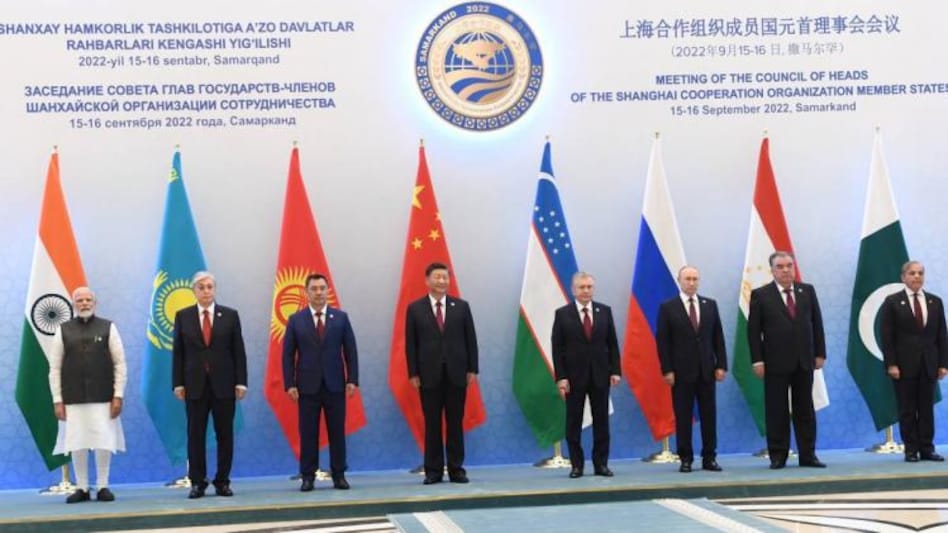 Prime Minister Narendra Modi, Russian President Vladimir Putin, Chinese President Xi Jinping, and other leaders of the Shanghai Cooperation Organisation (SCO) on September 16, 2022 deliberated on the regional security situation and ways to enhance trade and connectivity at the annual summit of the grouping.

The conference which is being held at the Uzbek city of Samarkand, will be the first time for both PM Modi and President Xi to come face to face since the beginning of the Indian and Chinese border impasse in eastern Ladakh around 28 months ago.

However, it is unclear at this time if PM Modi and the chinese premier would have a private encounter outside of the summit.

Shehbaz Sharif, the prime minister of Pakistan, Ebrahim Raisi, the president of Iran, and the leaders of numerous central Asian nations are also present at the meeting.

Leaders of the permanent members of the grouping stood for a group portrait at Samarkand's Congress Centre before the discussions at the summit's limited format.

India has been working closely with Uzbekistan towards the success of their Chairship," External Affairs Ministry Spokesperson Arindam Bagchi tweeted. In another tweet, he said: "PM @narendramodi joins the leaders of SCO Member States for discussions on topical, regional and international issues, including regional peace and security, trade and connectivity, culture and tourism."

Following the conference, Prime Minister Modi will meet separately with Presidents Putin of Russia, Mirziyoyev of Uzbekistan, and Raisi of Iran. On Thursday evening, Modi flew in for an approximately 24-hour stay.
Before leaving for Samarkand, Modi said he was looking forward to the summit's discussion of current regional and global concerns as well as reform and growth of the alliance. In a statement, Modi said, "I look forward to exchanging perspectives on current, regional, and international issues at the SCO Summit, as well as the expansion of SCO and furthering the Organization's varied and mutually beneficial collaboration."

A lot of decisions for bilateral cooperation in the fields of trade, economy, culture, and tourism are likely to be implemented under the Uzbek chairship, he said. The presidents of Russia, China, the Kyrgyz Republic, Kazakhstan, Tajikistan, and Uzbekistan established the SCO at a conference in Shanghai in 2001.

Over the years, it has emerged as one of the largest trans-regional international organizations. India and Pakistan became their permanent members in 2017. Iran is likely to be given the status of a permanent member of the SCO at the Samarkand summit.