Prime Minister Narendra Modi greeted the nation on January 26 on the occasion of India’s 74th Republic Day. Modi said that this time the occasion is more special as the nation is celebrating its Republic Day during the ‘Amrit Mahotsav’ of Independence. 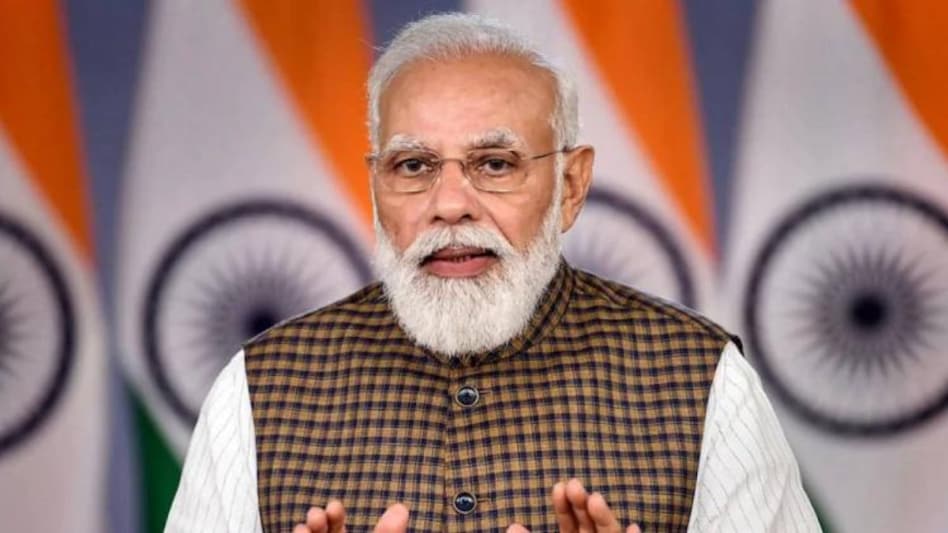 Prime Minister Narendra Modi greeted the nation on January 26 on the occasion of India’s 74th Republic Day. Modi said that this time the occasion is more special as the nation is celebrating its Republic Day during the ‘Amrit Mahotsav’ of Independence.

“Many wishes for Republic Day. This time this occasion is also special because we are celebrating it during the Amrit Mahotsav of Independence. We wish to move ahead unitedly to make the dreams of the great freedom fighters of the country come true. Happy Republic Day to all fellow Indians!," Modi tweeted.
This year, President Abdel Fattah Al Sisi of Egypt will be the main guest at Republic Day. A 120-member Egyptian contingent will also march on Kartavaya Path during the celebrations. The celebration of Republic Day this year is centered on "Jan-Bhagidari" (people's participation).

The Parade, which is a big part of the celebration and starts at 10 a.m. at Delhi's Kartavya Path, will be a unique mix of India's military might and cultural diversity. The grand parade will feature up to 23 tableaux, including six from various ministries and departments and 17 from states and Union territories. These tableaux will showcase India's rich tradition, cultural heritage, and the spectacle of the country's progress and achievements.

The Horse Show, a variety of dance performances, a Motorcycle Display, an Air Warrior Drill, the Navy Band, and martial arts will be few others showcased at the programme along with the Indian armed forces who will be showing off their skills. The parade will also feature the first-ever female riders. During the parade, 503 dancers will perform a jubilant cultural show with the theme "Nari Shakti."

Over Raisina Hills, India will also host the largest drone show, with 3,500 indigenous UAVs displaying national figures and events in precise synchronization and demonstrating the youth's technological prowess.
In preparation for the Republic Day celebrations, the security in the national capital has been increased. Anti-sabotage checks, verification drives, and patrolling by police have increased. Heavy barricading would be erected at intersections, checkpoints with sniffer dogs, and metal detectors, and approximately 6,000 security personnel would be deployed.