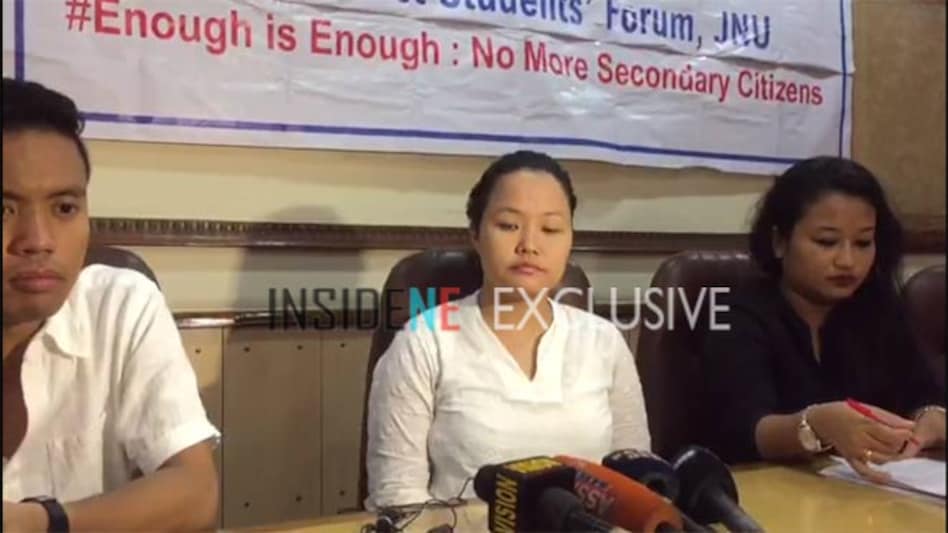 Students from the Northeast, studying in Jawaharlal Nehru University (JNU), have demanded “a public and a written letter of apology” from the Akhil Bharatiya Vidyarthi Parishad (ABVP) for causing “unconcluded chaos, terror, fear, and humiliation” to people, especially students, from the Northeast.

What ruffled the feathers of North East Students’ Forum (NESF) was the use of words such as “Naxalites” targeted at students from the Northeast at a recent event at JNU. The incident took place on August 28 when the JNU unit had called for a public talk called “Ishan Uday: Bridging The Heart” in Koyna Mess. The sitting chief ministers of Assam, Manipur and Arunachal Pradesh were invited to it.

“The convener of NESF was personally called by ABVP, inviting her to join the talk, to which the convener politely declined. This was because NSEF does not align with any political organization/parties. Students of these three states, who wanted to voice out their concerns, had gathered outside the Koyna Hostel, standing with their placards and posters. On arrival of the CMs, they silently stood with placards while the ABVP welcomed the guests with their chorus of slogans. The students from the three states had also prepared leaflets defining why they had come voluntarily. They only wished to voice their regional grievances to their respective chief ministers from the three states of North East India…

“The ABVP screamed at us, that we were “security threats”. The representatives also pushed and pulled the students at the forefront of the gathering. We were manhandled. They did not allow us to enter, calling us “Naxalites”. It was at this moment when the students immediately and collectively decided to sit down outside the event and continued with our silent protest. After a while, a few representatives of ABVP came outside to tell us that they will allow us inside but without our posters which were our signs of resistance. It was then that we collectively demanded an apology from the ABVP for calling us “Naxalites” and “security threats”, which they outright denied,” the NESF said.

Following the predictable and precedent humiliation of the students and people from Northeast, the NESF called for a silent protest march the next day from Ganga Dhaba to Chandrabhaga Hostel inside JNU and raised key concerns specific to the event.

“The peaceful protest was initially not against the ABVP. It was an event to show our concerns to our own elected representatives i.e. the CMs of Northeast. We will not tolerate any tokenism and identity appropriation in the campus or in India. Left, Right or Centre, NESF a voice of its own and we will assert our rights on our own. Considering the turn of events and our immediate experiences of shame and humiliation, we seriously question what gives the ABVP the authority to speak to and for us in such belittling manner. Why are we, time and time again, made secondary citizens?” the NESF asked