News
National
Will work as a small soldier under the leadership of Narendra Modi : Hardik Patel

Will work as a small soldier under the leadership of Narendra Modi : Hardik Patel 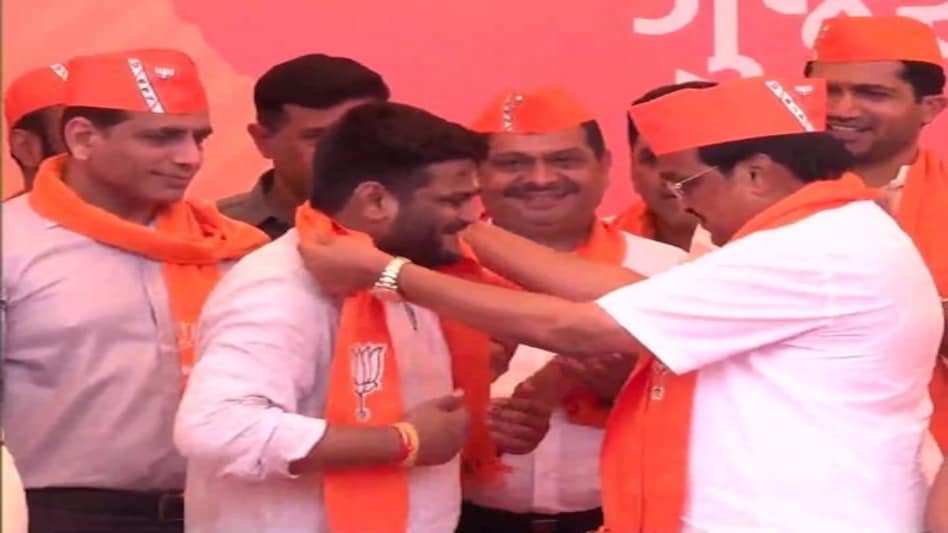 Will work as a small soldier under the leadership of Narendra Modi : Hardik Patel

Former Congress leader Hardik Patel joined the Bharatiya Janata Party (BJP) formally at a function in Gandhinagar today ahead of the Assembly polls in Gujarat.

"Today, I am going to start a new chapter keeping in mind the interests of the nation, region, society and community.

I will work as a small soldier in the development work of the nation being carried out under the leadership of Prime Minister Narendra Modi," Hardik tweeted earlier on Thursday.

The 28-year-old Patidar leader had quit the Congress party on May 18. Patel was inducted in the BJP at an event in presence of Gujarat BJP chief CR Patil.

Patel’s exit is a big loss for the Congress in poll year, especially after setbacks in recent assembly elections in five states. Gujarat goes to the polls later this year. He rose to prominence in 2015 when he spearheaded an agitation for quotas in jobs and education for his Patidar caste. He is considered the face of the Patidar community, a staunch supporter of the BJP.