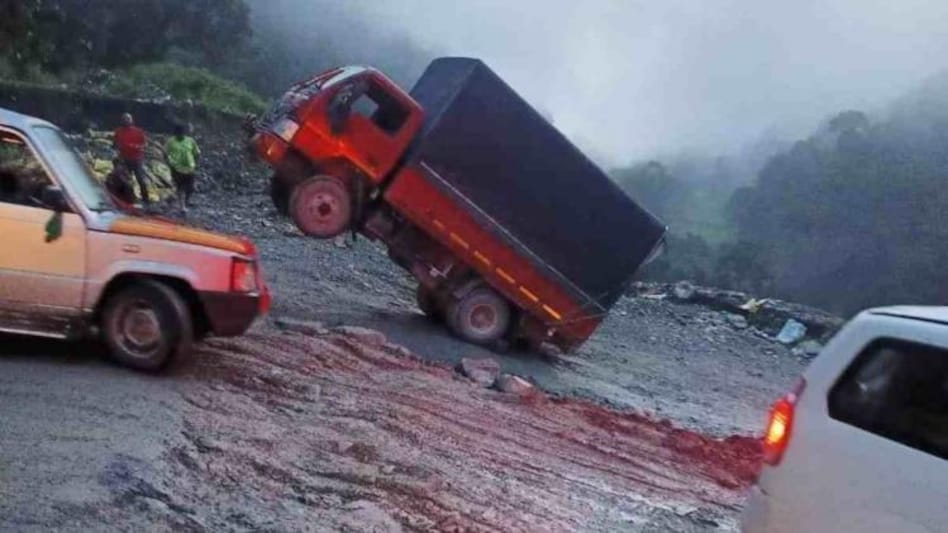 Bharatiya Janta Party Sikkim has demanded the state government find a suitable solution to the existing deplorable condition of the roads, which are considered to be the backbone of development in the state of Sikkim.

“The condition of all roads has become deplorable, be it national highways, state government roads or rural roads. On the one hand, the situation of having to face some problems due to the rainy season is not hidden from anyone's eyes that the roads of the state are becoming dilapidated day by day due to a lack of proper maintenance”, reads a press release by D B Chauhan,  President of Bharatiya Janata Party.

Sikkim's road connectivity is not being developed as expected by the state government's road and bridge department and NHIDCL, which are in charge of the construction and maintenance of national highways and state highways, despite spending thousands of crores.

In particular, the dilapidated condition of the lone National Highway 10 that connects Sikkim with the rest of the country is causing daily suffering to the common people. Traveling on the highway from Siliguri to Gangtok now takes more than 5 hours.

Due to the lack of a proper strategy in the management of landslide-affected areas, the state government has not yet taken any concrete initiative in this regard. On the one hand, the Chief Minister is visiting other states and inviting investors, but due to the bad condition of road connectivity, the factories established here are also in a state of abandonment.

Therefore, BJP Sikkim demands that the state government negotiate with the central government and take decisive action regarding the maintenance of NH 10 at the earliest.

On the other hand, the roads under the State’s Roads and Bridges Department are in worse shape than they were previously. Today, in the name of maintenance and repair, the highways connecting the numerous districts and sub-divisions have turned into monuments to commission and corruption.

Due to widespread corruption within the department, road repair is now solely done as eye washing, endangering the lives of the people on the one hand while also ruining the tourism industry, which is thought to be the state's main source of revenue.

Nowhere in the state will you find even a 10-kilometer stretch of uninterrupted and quality roads where you can travel in comfort.

Similarly, rural roads have been neglected for years and need to be repaired. The roads built under the moniker of Fair Weather Roads, which have disregarded all quality and needed standards requirements, are currently in a poor condition of maintenance This problem is not only in the present but it has been going on since the previous government.

“The fact that there has been no improvement in the condition of the roads or upkeep even three and a half years after the present government took office under the pretext of systemic reform, which is very unfortunate for the people of Sikkim”, reads the press release.