While sharing his upcoming plans Pierre Cornet said that after staying in Sikkim for a week he will travel to other parts of Northeast India starting from Assam. 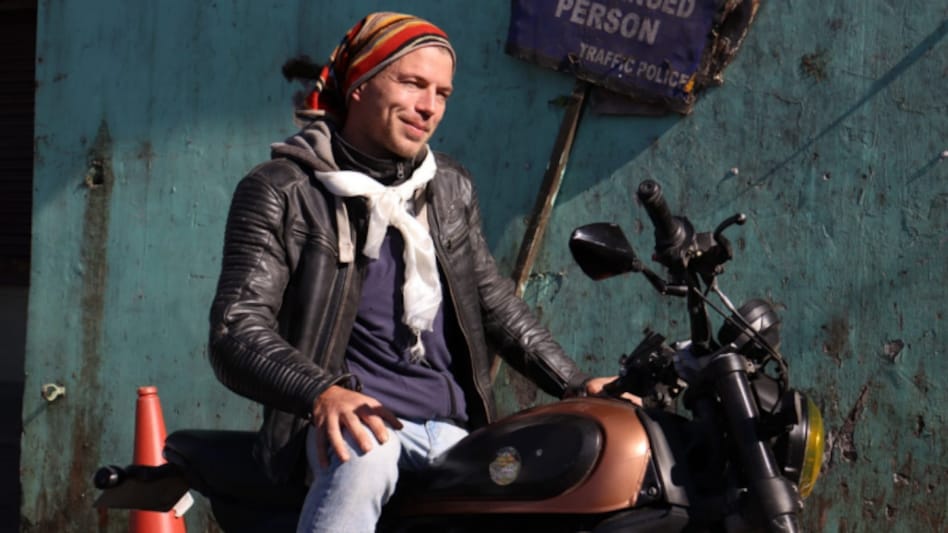 Can you imagine or dare to travel from Europe to India on a motorbike? I am sure one will think twice thrice or even more and the majority will not dare even but one 36-year-old Pierre Cornet from France has done it without any difficulties that are also during the last phase of the lockdown.

Pierre Cornet whose business was badly hit by the pandemic and shut his business and started a motorbike journey from France after 6 months and crossing over 16 countries now travelling various parts of India present he has arrived in Gangtok, the capital town of Sikkim.

Pierre Cornet today while interacting with the media shared "There is a big misconception about India in western countries and media unfortunately and I am trying to change those things through my Youtube page and show that India is a beautiful country and not what is depicted in Media says Pierre Cornet solo rider from France. So far he has covered 36000 km and 16 countries. He is presently in Sikkim.

Pierre Cornet travelled by bike from France crossing other European countries, and parts of and entering India via Pakistan. He has already travelled to Pakistan, Nepal and a few days back. He has already covered His vlog page - Ride With Frenchy.

He also shared that he is really happy with the habitability shown by Bhaijee Sherpa of Deu Damthang, South Sikkim owner of Homestay where Cornet stayed the first night in Sikkim.