The Hamro Sikkim Party (HSP) held a sit-in protest at the DC complex demanding an Inner Line Permit (ILP) for Sikkim to control the influx. 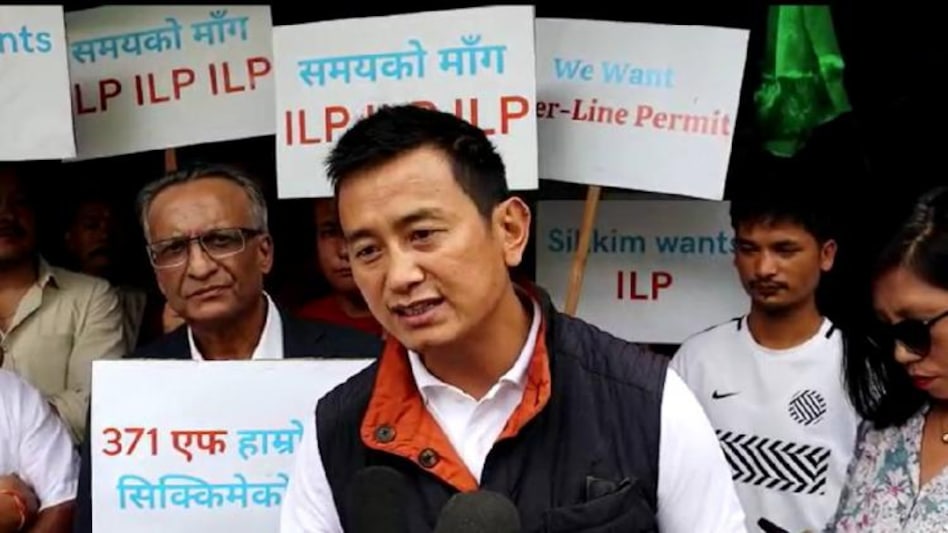 The Hamro Sikkim Party (HSP) held a sit-in protest at the DC complex demanding an Inner Line Permit (ILP) for Sikkim to control the influx.

Noted footballer, Bhaichung Bhutia along with the concerned citizens joined the chorus to implement ILP in Sikkim.

It is to be mentioned here that the protest is a counter-protest to the dharna staged by two youths in Jantar Mantar demanding that there be one law in the country and that the special provision of Sikkim Article 371 F is removed.

Bhaichung said, "demography of Sikkim has changed drastically over the last year and in 2019 the voting percentage has significantly raised as compared to other states. Hence, it is now necessary to implement ILP and it is more necessary to safeguard article 371 F. He also said at present 4 northeast states have ILP implementation and now Sikkim should also have the same. Bhaichung also cited that the Union Home Minister, after declaring ILP, once said, " ILP is a gift for Manipur and now Sikkim also needs a gift.

Bhutia further informed that it will organise a Jan Sansad on October 16 to pass a resolution to implement ILP in Sikkim. The resolution will then be handed over to Home Minister Amit Shah.