The yak race has been a part of the Drukpa Tshechi festival in North Sikkim, which has been passed onto generations, in an effort by the nomadic Drokpas to keep their unique race at 15,000 feet, part of Drukpa Tshechi tradition and culture alive. 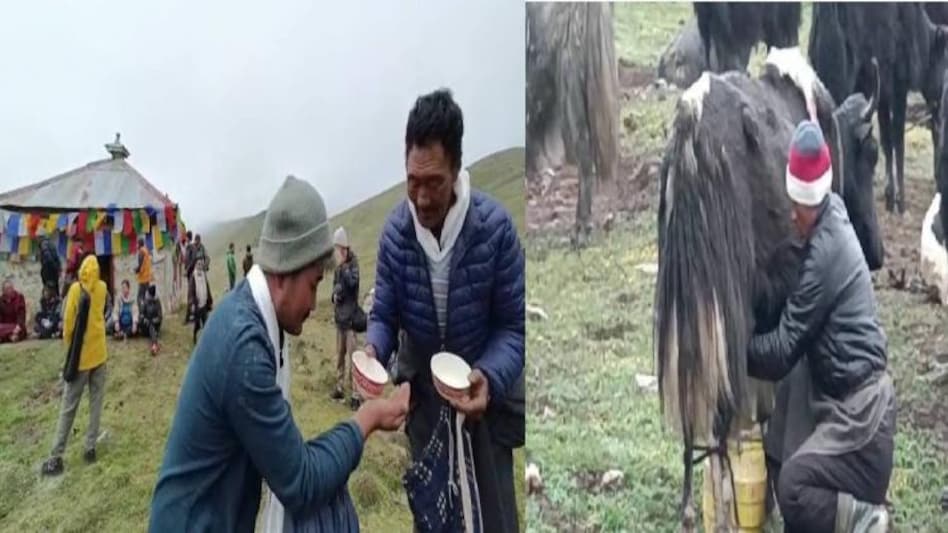 Astride on their Yaks, the Drokpa community of North Sikkim majestically roam around the white expanse of the Himalayan Mountains, leading a very traditional yet simple life on the high terrain of the state.

The yak herding tradition, which has remained an inseparable part of the Drokpa community since centuries, fears it decline due to the fast advent of city life into the contours of the state’s nomadic communities.

In an attempt to keep alive the century old tradition, the herding community commemorates the auspicious Buddhist festival - Drukpa Tshech that is celebrated across the state with great zeal and vigour.

The festival was celebrated at a height of 15,000 ft above sea level, at Lhashar-Zachu Valley in North Sikkim on August 1, 2022.

The festival draws a huge number of crowd every year, with the Drokpa community, the nomadic yak herders of Lhashar, supported by Lachen Dzomsa, organising the celebration. The festival starts with early morning prayer rituals, continued with the traditional yak race and other events in which the locals and a small number of visitors from other parts of the State take part.

The yak race has been a part of this festival for a quite long time, which has been passed onto generations, in an effort by the nomadic Drokpas to keep their unique race at 15,000 feet, part of Drukpa Tshechi tradition and culture alive.

Out of six participants this year in the yak race, Wangckuk Gyaltsen, 17 year-old, of Lashar and Sonam Tshering Lachenpa, 23 year-old of Lachen stood first and second respectively.