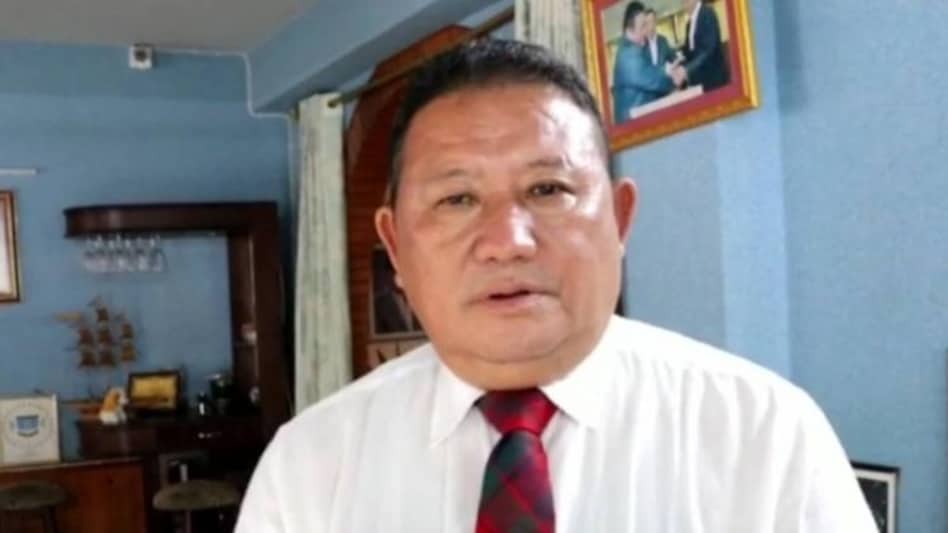 Amid mounting speculation, 4 time legislator and Sikkim Democratic Front (SDF) vice president G M Gurung has hinted that he is likely to join the rival Sikkim Krantikari Morcha (SKM) party which is a part of the ruling coalition government along with the BJP.

Clarifying that he has not yet resigned as per media reports, Gurung hinted he is likely to join the SKM party after leaving the SDF in an “appropriate” manner.

Speaking exclusively to India Today NE on the development, Gurung says that, “No I haven’t resigned yet. I have been associated with the SDF for the past 30 years and have contributed my part for the past three decades. Now what will happen with SDF, that’s not in my hands, because I am myself planning to leave SDF. Hence those who are the members of SDF will know better what will happen in the party.”

“I have full trust on God, I wake up in the morning and face towards my God and begin my day. You see, many politicians are leaving their parties and defecting to the BJP party. The family of Madhav Rao Scindia, who were known to be Congress loyalists, is now joining BJP. Such things happen. Changing times often forces politicians to take a strong stand which might not be acceptable for many,’’ added Gurung.

“It is the 21st century. We all have to work together as per proper rules and regulations. Even after changing parties, we all work for the betterment of the Sikkimese people and the country,” added Gurung further.

This new development has come as a surprise as Gurung had not-so-long-ago slammed the SKM as a “book of lies."

“I will alone lead the (SDF) party and fight against SKM if SDF President Pawan Chamling steps down," he has been quoted as saying.

Chamling, the former Chief Minister, remains the lone legislator from the SDF party.

It is worth mentioning here that on July 19 last, Sikkim Chief Minister and SKM supremo Prem Singh Tamang had visited GM Gurung at his own residence amid rumours of an impending defection.