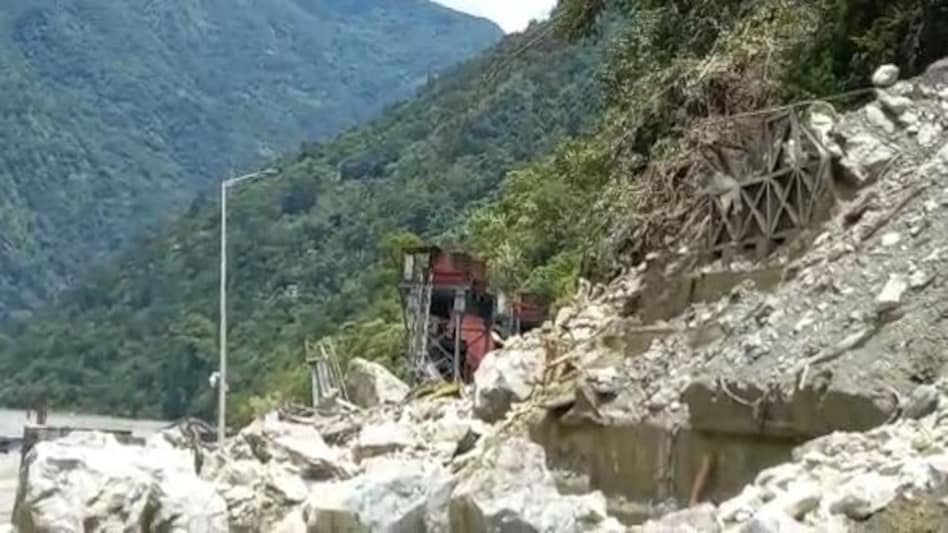 Another landslide occurred on the Teesta Stage-V dam-site at Dikchu in Sikkim on August 1st, 2020. The landslide has damaged the desilting chamber gate and gantry machine.  The landslide is still unstable and gets activated with every shower. It is also posing a threat to Aapdara village right above.

The officials and the workers have been advised to stay alert and safe by Dikchu Police personnel.

The MI 17 Helicopter of the IAF on July 25th, 2020 conducted three sorties to transport ration and essential supplies to the villages of Sakyong and Pentong in North Sikkim.

The two villages in Sikkim were cut-off from the rest of Dzongu since 10th July owing to multiple slides and washing off of many bridges connecting these villages with the rest of the District and the continuous rainfall that followed.

100 bags of rice weighing 50 quintals, 550 litres of cooking oil, 1.5 quintals of salt, 100 packets of candles and matches and medicines were dropped.

The helicopter could not land at Pentong due to the landing zone not being conducive. Hence the consignments were dropped at Sakyong school ground.

The share of ration for Pentong village would be transhipped via a manual rope-way connecting Sakyong and Pentong villages. The operation started at 0900 hours and concluded at 1130 hours today.