Following the landslide, one house was totally damaged followed by leaving more than 60 houses in turmoil. The landslide is 29 years old now in the last 3 to 4 years is seen as active. 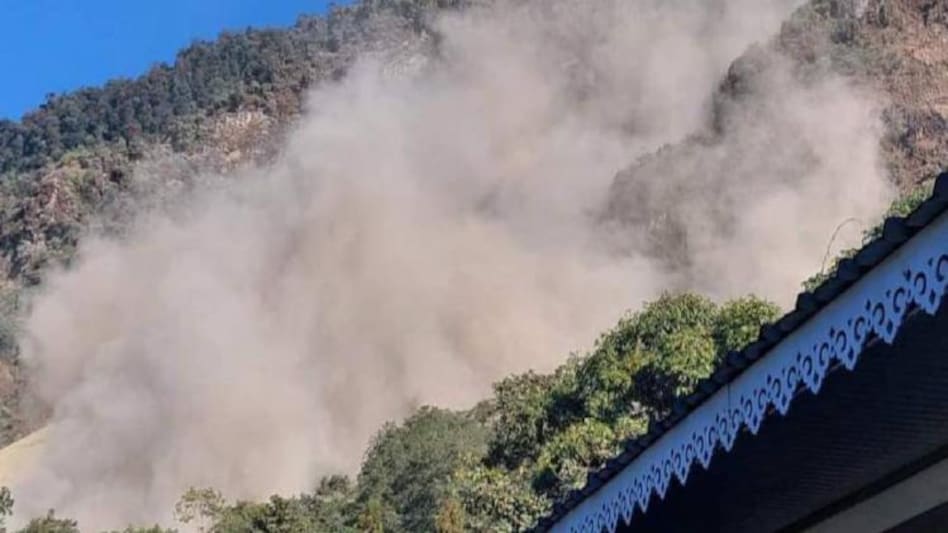 A major landslide took place in Pathing Village under the Yangang constituency of Sikkim on November 27.

Following the landslide, one house was totally damaged followed by leaving more than 60 houses in turmoil.

The landslide is 29 years old now in the last 3 to 4 years is seen as active and around 50 to 60 houses are in a critical situation.

Notably, on October 9, vehicular movement at the 20th mile on number 32 along the National Highway (NH) 10 connecting Sikkim's capital Gangtok was disrupted following a  landslide.

Following the landslide, hundreds of tourists and goods-laden vehicles were stranded on the highway for more than 3 hours.

The two affected roads were NH 10 at 32 number and at 20th mile near Rangpo which connects Sikkim to the Siliguri corridor.

The most affected stretch of the 20th mile was earlier repaired but it got damaged again, according to officials engaged in the clearance of the road of the accumulated rubble due to landslides.

Meanwhile, due to heavy downpours, roads in other parts of Sikkim were also damaged leading to the route diversion from Rangpo via Roarthang to Gangtok or Rangpo via Duga which is a long route.

At that time, authorities in the East Sikkim region had said that clearing the road would take some time as heavy rains had slowed down clearing efforts.

Since constant rain had loosened rocks and cliffs, leaving them susceptible to landslides, the roads and bridges department had issued a warning encouraging people to avoid travelling unless it was absolutely necessary.