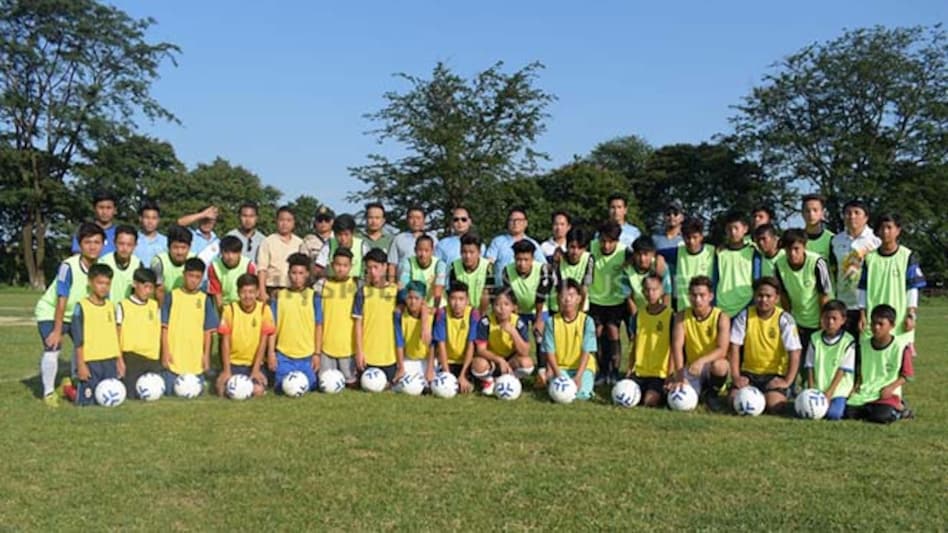 According to coach, Thomas Ering, coaching camp is divided into different age categories which comprises of 6-12 years, 12-18 years and18 years and above for both boys and girls. “This coaching camp is for one month duration which started from 3rd  June and shall conclude on 1st  July next. I on behalf of DFA, gives special thanks to Tagom Padung, Kenzing Dai, Kaling Jamoh, Atum Taggu, Dr. Kaling Jerang, Oling Jamoh, Onya Padung who help us financially for conducting this camp”, said coach Ering.

Meanwhile, Ering has appealed the parents to think positive and encourage their children and send them in such coaching camps in near future so that sports will develop in the state which will also improve players’ skills. He has also urged all the athletes to come forward and grab the opportunity of such coaching camp because this will help to play better games.

“Playing in local tournaments etc is not enough to take you to the destination, you will have to attend in such coaching in future and try to learn and improve your skills in particular sports”, added footballer Thomas Ering who represents state football in the national level also.