Hima Das fell short of a spot in the women’s 200m final at the Commonwealth Games 2022 by 0.01 seconds. Das finished third in the semi-final round with a timing of 23.42 seconds, which was just 0.01 seconds shy of Australian Ella Connolly’s 23.41s. 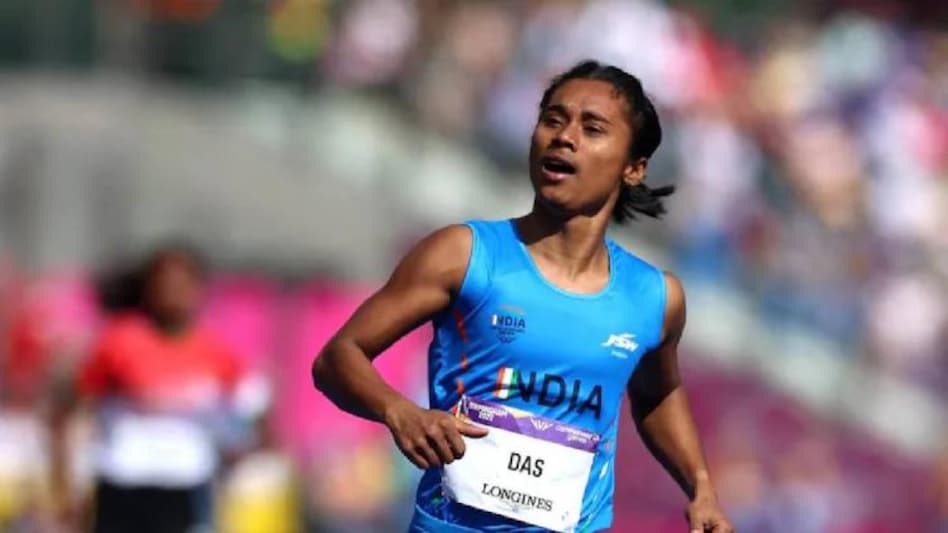 Ace sprinter Hima Das has returned back to India from Birmingham, England after giving a commendable performance in the Commonwealth Games, 2022. In her first press conference since her return to Guwahati, Hima Das has no qualms of failing to bring a medal for the country, but is happy of giving her best performance at the event.

Addressing the media here in Guwahati, Hima Das said, “Although our aim is to ultimately win the gold medal, but sometimes performance is also counted. This time I am very happy as my performance has improved significantly.”

On being asked about her experience on visiting Birmingham, Hima Das said, “Speaking about Birmingham Commonwealth Games, when we were young, usually we quip about going abroad and take names of two places - London and America. So my dream of going to London was ultimately fulfilled. It’s all because of being associated with the sporting fraternity that helped me fulfill my long standing dream.”

Hima Das agonizingly fell short of a spot in the women’s 200m final at the Commonwealth Games 2022 by 0.01 seconds. Das finished third in the semi-final round with a timing of 23.42 seconds, which was just 0.01 seconds shy of Australian Ella Connolly’s 23.41s. Unfortunately, Hima who was a strong medal contender crashed out b y the smallest of margins.

Speaking about the factors affecting micro-seconds for athletes, Hima Das further adds, “None can determine those micro-seconds with naked eye. It is called the photo finish. After keen observation and consultation the difference in micro-seconds is determined. Times have changed now. Earlier two people would be awarded the same medal. So ultimately the photo finishing concept is taking people ahead.”

“Injuries are part and parcel of sports. I was already alerted by my coach saying that there will be a time when you too might face injuries. It’s only how you overcome your injuries and make a comeback, hale and hearty. I won’t give up and will give a better performance next time,” said Hima Das.