In a tweet , the BAI President informed that all necessary initiatives will be taken to attract more youth and provide them a proper platform to further hone their skills. 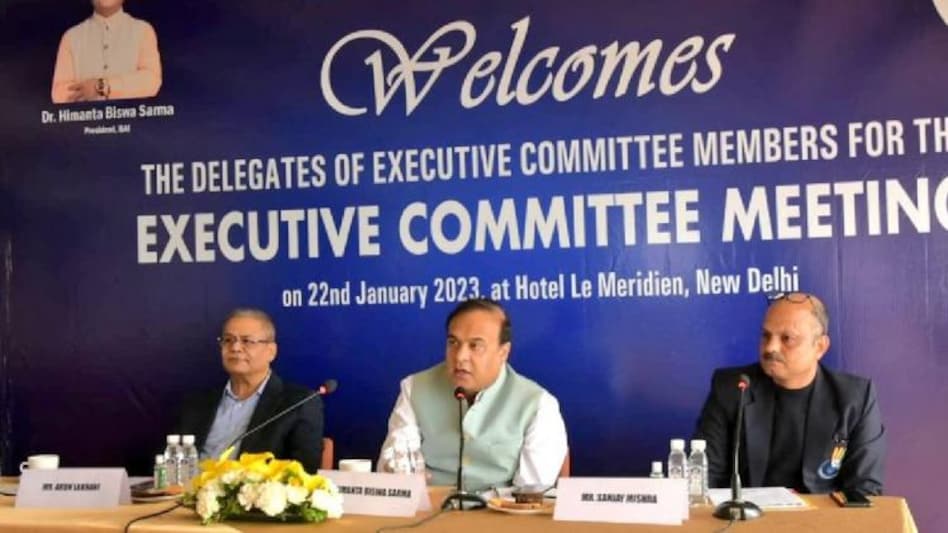 In a tweet , the BAI President informed that all necessary initiatives will be taken to attract more youth and provide them a proper platform to further hone their skills.

Earlier in the day, the BAI President  presented the awards to the WS Winner An Se Young and Runner Up Akane Yamaguchi at  Yonex Sunrise India Open 2023.

Earlier on january 21 , Ben Yoneyama, chairman of Yonex, Japan, announced the setting up of a second factory in India to meet the growing demand for high-quality graphite badminton racquets in the country.

Addressing the media on Saturday, Yoneyama said India winning the Thomas Cup last year made him realise Yonex needed to have a second factory in Bengaluru to match the growing demand.

“Thomas Cup champion India. I didn’t expect it! The level is going up. We are desperate to contribute to the Indian badminton growth. Now we will be making graphite, Japan standard racquets in India”, said Yoneyama.

Yonex had set up its first factory in Bengaluru in 2016 to make aluminium racquets for entry level players. It was a big success as there were new production records every year.
Chief national coach Pullela Gopi Chand put things in perspective as he recalled the times when Indian players used to long for good racquets, shuttle, and shoes.

“In 1994, India did not send a badminton team for the Commonwealth Games in Auckland because it was felt there was no chance of the team finishing in the top-eight. Today, we are the Thomas Cup champions. In the last 10 years, we have won Olympic medals and World Championship medals consistently. For me it is a great moment, making things happen in India. Some day, we may export badminton racquets. There is nothing beyond India,” said Gopi Chand, as he captured the essence of the changing times over three decades.

Vikramaditya Dhar, managing director, Sunrise Sports, said top-quality racquets would become affordable once they were produced in India. Sunrise Sports has been in collaboration with Yonex, in marketing and distributing the products across the country.

The secretary general of the Badminton Association of India (BAI), Sanjay Mishra, summed up the growing association with Yonex-Sunrise, by recalling the five tournaments held every year at the start, growing now to more than 250 tournaments every year.

The second Yonex factory is expected to start production by April, within a year of India’s Thomas Cup triumph.