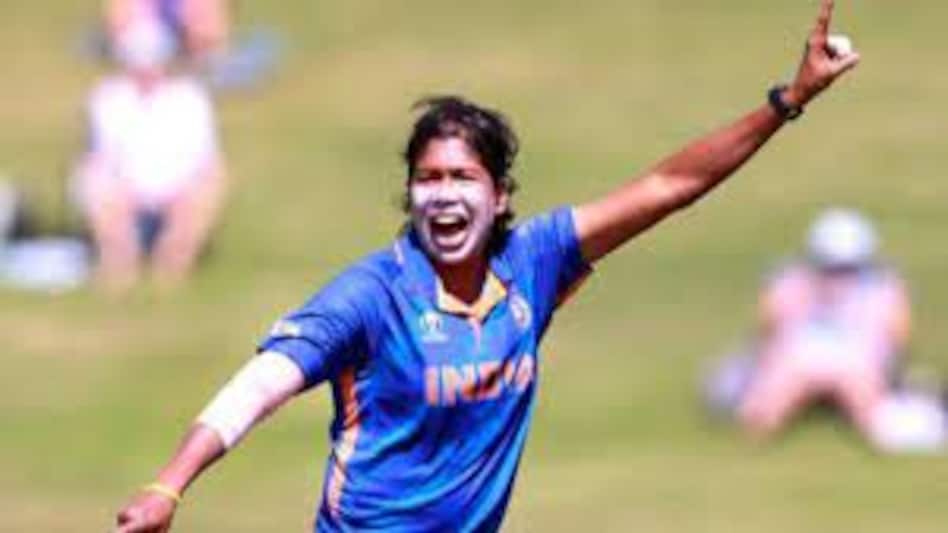 GOAT Indian pacer, Jhulan Goswami, achieved a huge milestone on Wednesday as she bagged her 250th ODI wicket in the ICC Women’s World Cup 2022 match against England. Jhulan reached the milestone with the wicket of Tammy Beaumont.

In the ICC Women's ODI World Cup 2022 match against England, Jhulan achieved  Goswami had already made history by being the first woman to capture 40 wickets in a Women's World Cup.

Jhulan Goswami, the GOAT Indian bowler, reached a major milestone on Wednesday when she took her 250th ODI wicket in the ICC Women's World Cup 2022 match against England.

With Tammy Beaumont's wicket, Jhulan has reached a significant milestone.

Jhulan stands heads and shoulders above the rest in the 50-over format. Second on the list is Australia’s Cathryn Fitzpatrick who has 180 scalps to her name.

South Africa’s Shabnim Ismail and England’s Katherine Brunt are next with 168 and 164 dismissals to their name respectively.

A number of international women’s cricket stars had lauded Goswami for her contribution to the sport.

“I think not just myself, but our entire team have a tremendous level of respect for Jhulan.

You know, what she’s done for the game, not just for the Indian team, the whole of women’s cricket globally is just unbelievable.

I certainly admire her longevity as well, and just how successful she’s been over such a long period of time. She’s such a talisman for the Indian team.

She’s an absolute bedrock of that new ball. And it’s been really, really tricky to get away,” Perry had said when asked about her views on the Indian legend.