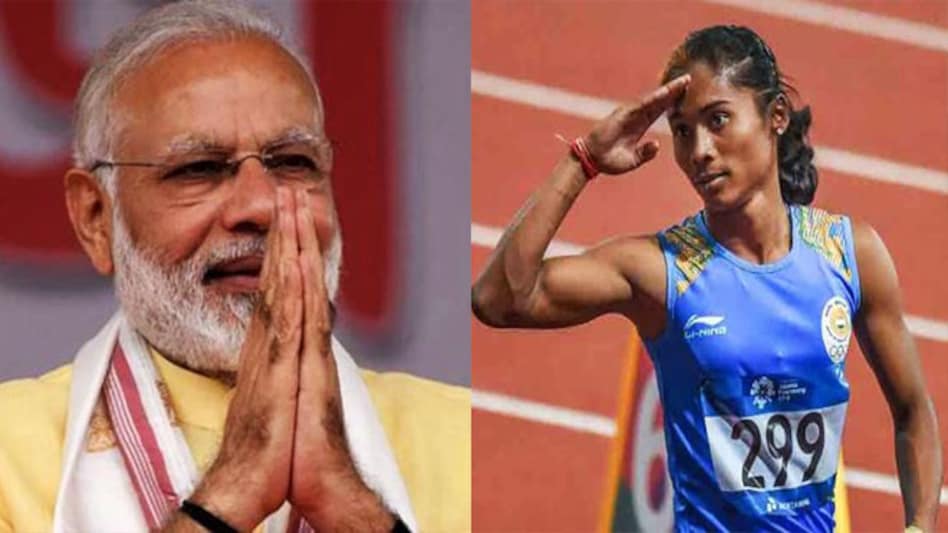 Assam's 'Dhing Express' Hima Das is making waves all over as she is winning gold medals all over the world. Hima's achievement has been lauded by all and sundry, and Prime Minister Narendra Modi has now joined Hima's long list of admirers.

On Sunday, the Prime Minister of India Narendra Modi took to Twitter to congratulate the sprint queen. A tweet sent out from the PM's official account read: "India is very proud of

" data-mentioned-user-id="992334441392439297">@HimaDas8’s phenomenal achievements over the last few days. Everyone is absolutely delighted that she has brought home five medals in various tournaments. Congratulations to her and best wishes for her future endeavours."
The star from Dhing, responding to the PM's congratulatory message, said: "Thank you " data-mentioned-user-id="18839785">@narendramodi sir for your kind wishes. I will continue to work hard and bring more medals for our country.".
Hima has also been congratulated by many other luminaries such as 'master blaster' Sachin Tendulkar, Union Minister Kiren Rijiju, President Ramnath Kovind, among many others.

On Saturday, Hima won her 5th Gold within a month after she won the 400m race in Prague, Czech Republic, on Saturday.

The Indian sprinter Das clocked 52.09 seconds to win the race, although her personal best is 50.09 seconds.

Hima took to social media platform Twitter to share her success with her 138K followers. She wrote: “Finished 400m today on the top here in Czech Republic today”.