Batadrava Arson Saga: Why Assam made headlines again across India 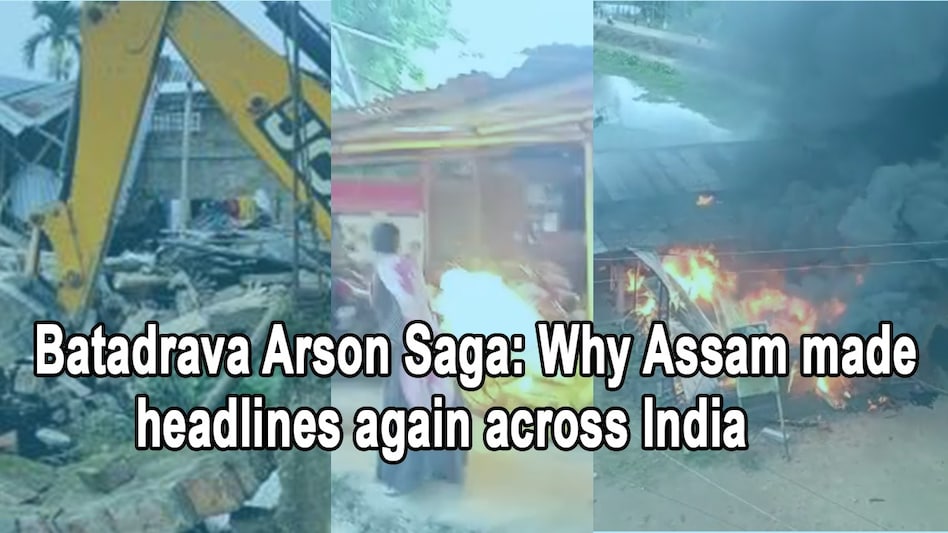 Assam recently made headlines across the country – but this time, it was not due to seasonal floods. After one person died in police custody in Batadrava in Assam's Nagaon district, the situation became volatile. Enraged over the alleged death of a man in police custody, a mob in Nagaon's Batadrava vandalized and set fire to the Batadrava Police Station, after accusing the cops of murder.

Safiqul Islam, a resident of Salonabari in Dhing, was identified as the deceased. According to locals, Safiqul was beaten to death in police custody after he refused to pay the bribe demanded by Batadrava Police Station officials. The officials allegedly demanded Rs. 10,000 and a duck from Safiqul's family in exchange for his release.

Aftereffects of the incident:

Suspension of OC and replacing of Officials:

On May 22,  the Batadrava Police Station’s Officer-in-Charge was suspended for failing to prevent a mob from vandalising the station. The government also directed to take strict action against the other officials for fleeing the scene when a mob burned the police station on fire.

What did the Police say?

Bhaskar Jyoti Mahanta, the director general of the Assam Police (DGP), warned on Sunday that individuals who believe they can avoid justice by burning down a police station will face severe consequences. Taking to social media, DGP Mahanta wrote a long message expressing his grief over the events of the day.

On the other hand, Assam Special Director General of Police (DGP), Law and Order, GP Singh, announced the formation of a Special Investigation Team (SIT) to investigate the attack. Singh, who visited the police station, assessed the situation and stated that those involved in this crime would face strict legal consequences.

Assam Pradesh Congress Committee (APCC) formed a special committee to investigate the mob attack. Bhupen Kumar Borah, the president of the APCC, has formed a committee led by Rana Goswami, who will serve as its chairman. Some MLAs and Congress leaders have been ordered to visit Batadrava Constituency right away to assess the current situation following the mob attack at Batadrava Police Station.

Politicians' reaction on the issue:

“Assam used to be dominated by thieves and robbers. People in Batadrava had been upset for over a year, which is why the situation became serious yesterday. That, however, will not be tolerated and will not be repeated. In this context, the government will take strong action”, Minister Pijush Hazarika responded to the Batadrava Police Station incident on Sunday, saying that the government would take stern measures. He promised that every criminal will be punished. The government has taken aggressive action against the drug mafia, rapists, and thieves from the last six years.

On Monday, new details about the Batadrava violence emerged, with police officials claiming that a deliberate attempt was made to burn down the police station’s documents and files. Prior to torching the police station, a group of people were seen setting fire to files containing important documents. According to police, an infamous drug lord named Lalu from Dhing in Assam was captured on video pelting stones at the police station.