SONAPUR: In a major crackdown on drug menace, Assam police recently seized a large cache of banned substances from Sonapur, an area on the outskirts of Guwahati; Two more drug dealers were detained.

According to certain data, the security forces led by the Additional Deputy Commissioner of Police (ADCP) - Bibekananda Das and Sonapur OC - Nabajit Nath embarked on a large-scale operation, confiscating 4.6 million Yaba pills, 12 kg of methamphetamine and 1.5 kg of heroin from the possession of 2 accused Another major success by @assampolice! 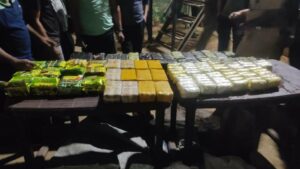 Aryan Khan: The inside story | Nothing But The Truth, Ep 09