According to the TMC, the Tripura Police denied permission for Abhishek Banerjee's rally on September 15 because another party had already received permission to hold an event along the same route on that day.

The rally for the TMC national general secretary was originally scheduled for September 15, but it had to be rescheduled after permission for that day was also denied.

Issuing a notification, the office of the Sub-Divisional Police officer, West Tripura Agartala stated that it will be "impossible to mobilise manpower to cover" such a gathering due to pre-puja commitments for traffic management and law and order." 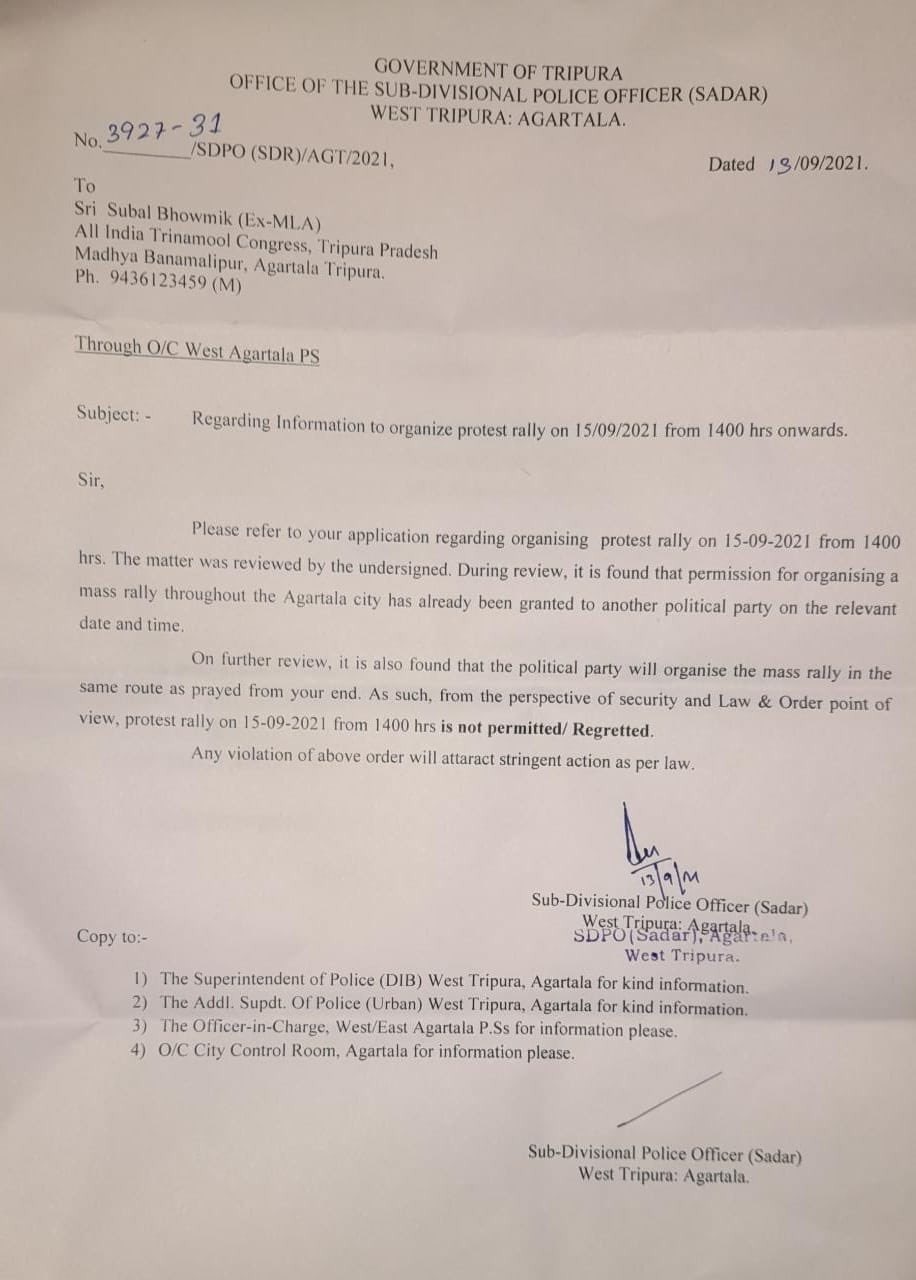 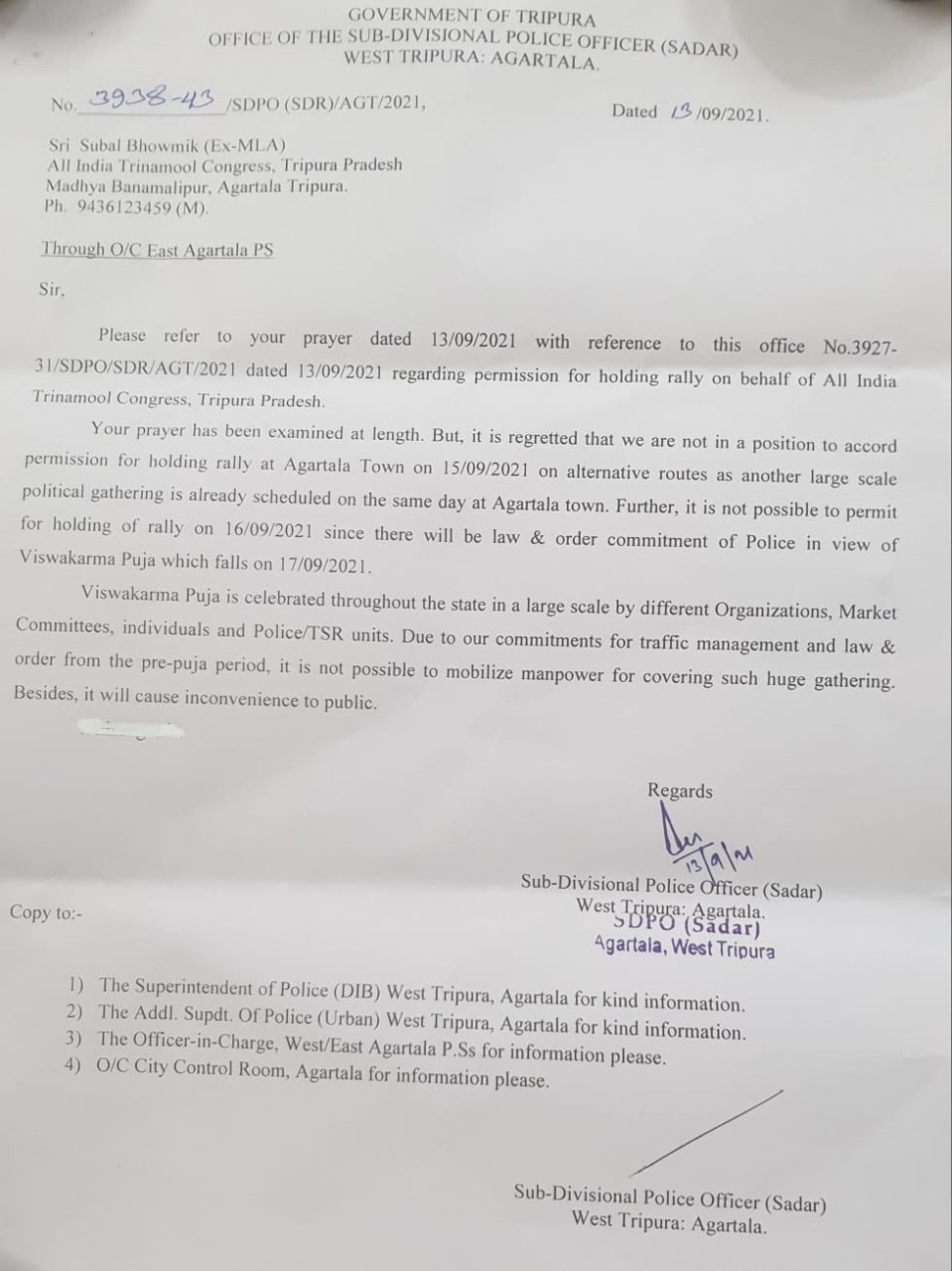 ">@BJP4India is SCARED TO DEATH and ">@BjpBiplab is using all his might & resources to prevent me from entering Tripura. Keep trying but you CANNOT stop me. Your fear of ">@AITCofficial shows that your days in governance are numbered. Truth be told, YEH DARR HUMEIN ACHHA LAGA!"

Meanwhile, senior TMC leaders such as Chandrima Bhattacharya and Ritabrata Banerjee have been camping in Tripura ahead of the planned rally.

Sushmita Dev, the newly-inducted TMC leader, has also been mobilising grassroots support for the party ahead of the event, bringing with her the experience of knowing the state well while in Congress.

The Tripura Legislative Assembly’s term is set to expire on March 13, 2023.