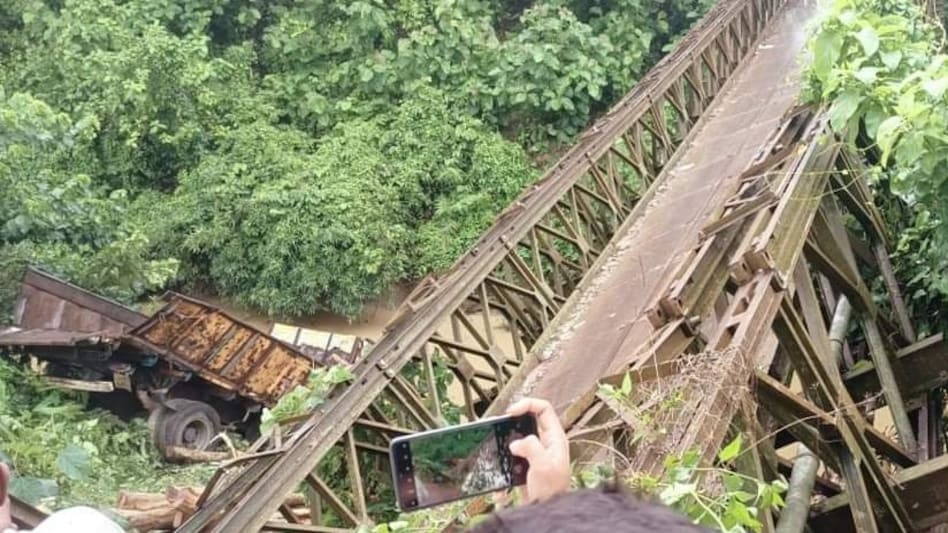 Three persons were killed and nine others injured in North Tripura district on Wednesday after a steel bridge collapsed when a timer-laden truck was passing through the structure, police said.

The accident took place at Laljuri when the metal bridge collapsed as it could not bear the load of the goods vehicle, a senior officer said.

According to reports, the driver of the truck and two labourers were killed on the spot while the four of the injured were admitted to Dharmanagar District Hospital.

Another injured person had a minor injury and was given first-aid.

Additional SP Jermia Darlong informed that the bridge was old and could not bear load of the vehicle.

The truck was going from Kanchanpur to Laljuri.