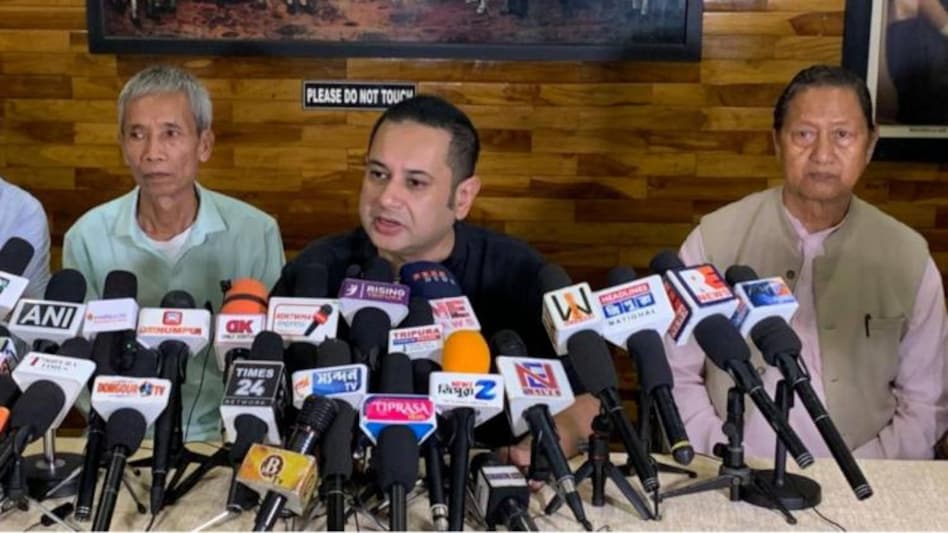 Meanwhile, Burba Mohan Tripura becomes the fourth BJP MLA in Tripura who in the recent past left the saffron party.

Just before the starting of the 12th Session of the 12th Tripura Legislative Assembly Burba Mohan Tripura, who was elected from the Karbook constituency, was accompanied by TIPRA Motha chief Pradyot Kishore Deb Barma and recently disqualified MLA Briswaketu Debbarma submitted his resignation to the Speaker in his office.