Legislators of the opposition CPI(M) staged a walkout in the Tripura Assembly on September 23 after Speaker Ratan Chakraborty rejected their adjournment motion to discuss police action on supporters of Left youth organisations earlier in the month. 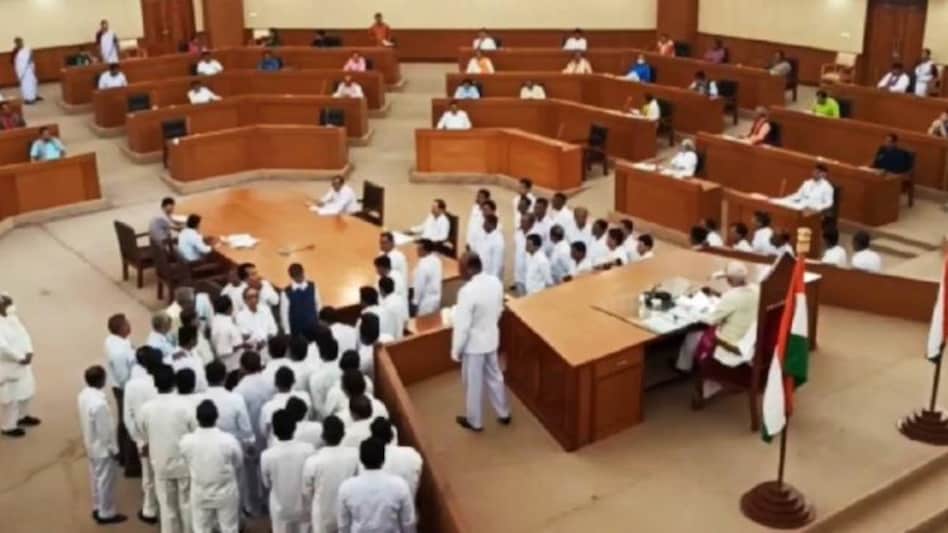 Legislators of the opposition CPI(M) staged a walkout in the Tripura Assembly on September 23 after Speaker Ratan Chakraborty rejected their adjournment motion to discuss police action on supporters of Left youth organisations earlier in the month.

On September 15, at a demonstration near Circuit House, at least four CPI(M) supporters were injured after they fought with the security guards.

Several of the protestors were injured following lathi charge and tear gas shells firing and an adjournment was requested by the CPIM MLA Tapan Chakraborty today and when denied and in protest they came out of the House and before which they went to the well and raised slogans against the attacks and government failing to stop violence.

They alleged that the BJP government has realised that they have lost public confidence, so they cannot believe that people of the state and thus they are trying to terrorise the opposition and people of the state but public has already made up their mind to teach themselves lesson in the coming assembly election.

As soon as the meeting got underway, CPI(M) MLA Tapan Chakraborty inquired about the outcome of the motion for an adjournment that had been brought before the speaker.

According to Chakraborty, there was no need for the motion because opposition members could bring up the subject at the right moment during the two-day session, which began on September 23.

Members of the CPI(M) rushed to the House's well to protest and demand that the motion be approved.

The agitated lawmakers left the House while the speaker continued the Question Hour.
Later, opposition leader Manik Sarkar criticised the speaker for turning down the motion for adjournment.

"A healthy discussion could have been held on the issue but the speaker conducted the session with a one-eyed approach.

He pays more attention to the members of the treasury bench than to the opposition, according to Sarkar.

Sarkar took a strong stance against the BJP, claiming that the group had used "terror tactics" to win the upcoming elections despite having broken every promise it made prior to the 2018 elections.

The speaker, however, told reporters that he had been trying his best to allow opposition members raise their concerns while ensuring the House runs smoothly. "The opposition members could have discussed the issue at some point but they left abruptly", he said.