News
Tripura
Tripura District Council can be an instrument of change if it works with responsibility: Deputy CM

Tripura District Council can be an instrument of change if it works with responsibility: Deputy CM 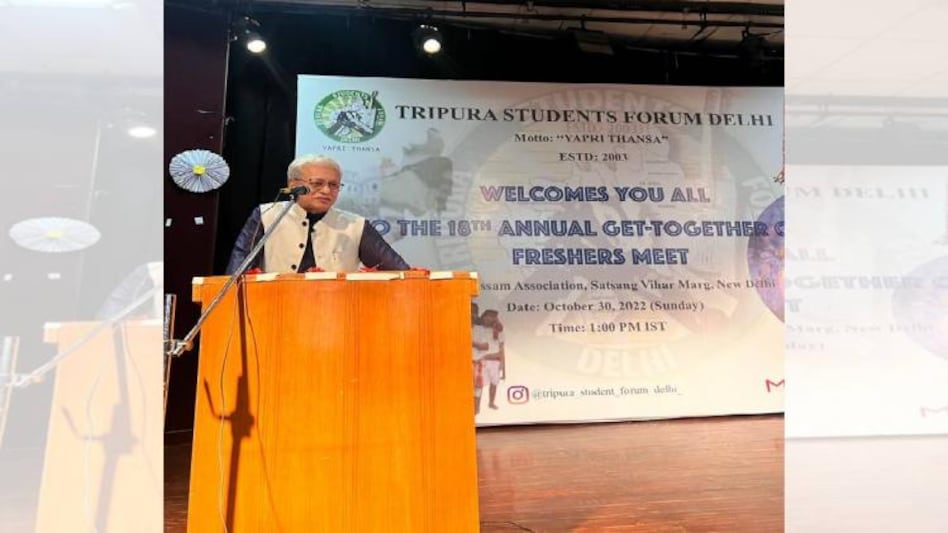 Tripura Deputy Chief Minister Jishnu Dev Varma today on October 30 said that Tripura Tribal Areas Autonomous District Council (TTAADC) can be an instrument of change and for that, the administrations of the TTAADC have to function properly by taking responsibility.

“The TTAADC has to function properly. If they think they will copy the state government then nothing will happen. They want more power, and more funds, I am also the finance minister of the state and I also want more. Everyone wants more and everyone want less is responsibility. That is what people want. Everything has to function properly by taking responsibility. I strongly believe that ADC can be an instrument of change. Right leadership, right vision, less of politics, more of society and there will be progress in ADC”, he said.
He also said, “We want the indigenous people of the state to be aspirations. We don’t want like CPIM type to provide BPL card have dal, Bhaat and sit at home. I don’t believe in that at all. I believe that every society must be aspirations”.

He also said that for real development in democracy, society and government must work together.
He said, “During my time I have never found 1% of Tripura in Delhi in terms of Education today I am addressing a hall full of boys and girl here. I remember the previous chief minister told me one day that during CPIM region there are many doctors and engineers in Bengali and I told him it is not because of him it is despite of you. In a democratic set up political parties have to be tolerant. Tolerant is not a good word. The word is mutual trust. Mutual trust should be used”.

Remembering the terrorist activities in the state, the Deputy Chief Minister said, “Education was a biggest challenge in Tripura. I remember during those terrorist activity days. When there were no terrorist activities the teacher would not go claiming that they might be kidnapped. So the whole society went back. And I don’t say that any movement failed totally. Those movements also have their own benefits. But then what happened, education suffered”.

People voted for BJP in Gujarat election because of development and speedy growth: Tripura CM